This final installation in my review of The Beatles in Mono boxed set of newly remastered all-analogue, long playing vinyl records begins near the end of the set, specifically on Side Two of Disc Two in the catch-all Mono Masters three LP collection. 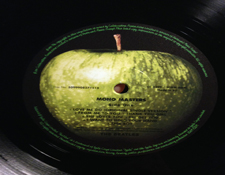 For me, "Lady Madonna" is the point where this set-within-the-set really starts to shine. Even though the producers had to make a new analog master in order to create this Mono LP -- the old tapes were at risk of damage so they could not be cut up or edited in any way, shape or form to make an master tape for creating the LP pressing -- the sound on these recordings are wonderfully full bodied and crisp. "Lady Madonna" is a fine fine showcase for how good it these vintage recordings can sound, with bold dynamics that jump out at you. It's all very punchy as Paul McCartney's bass thumps and tumbles along as the saxophone solo soars overhead. Its always been a great piece but this version really shines on brightly.

This new version "Hey Jude" reveals curious distortions and sibilance which are a clearly a part of the original recording (and not the anomaly I always thought had to do with my old 45 RPM singles!). This was a detail I always remembered hearing even as a kid and which I'd assumed it was just my little old record player and the wear I'd put the thing through from heavy play. I guess that is not the case!

Once again, the beauty of this version of "Hey Jude" is how everything sounds pretty much like I remember when I first heard it as young kid, only now it sounds so much fuller ! There are little details I've never heard before. For example, there is a sense of studio ambiance on Paul McCartney's voice at one of the quieter emotional breaks in the song. We can now more readily hear the lovely natural decay of Ringo's clanging ride cymbal work.

Interestingly, the fade out seems a hair longer and a smidgen louder on this version, enabling you to hear what happens at the end much more clearly: Ringo steps up his drum beats, which makes me wonder if the take might have gone on even longer and perhaps rocked out the tune into some sort of heavier jam (time for me read up on this session in Mark Lewisohn's books!). It Is a detail I never noticed before; indeed if you listen closely its there at the end of the Mono CD version and other prior mixes, but it somehow gets lost in the noise floor of the records or simply is too low by that point to have us pay much attention to it.

I think that is pretty cool, to be able hear this music anew and have it feel "just right" yet also offer us new insights that make the recording fresh and vivid once again.

"Revolution," the B-side to "Hey Jude," also rocks like nobody's business, but then it always did! Some of the purest sounding guitar/amplifier distortion on record. The Mono CD is just a shadow in comparison. No contest. 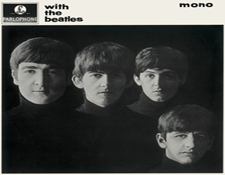 This set offers us the first true insight into the Mono mixes of the four original tunes made for the Yellow Submarine movie. In short, an EP had been planned and mixes done for that purpose in Mono but it was shelved in favor of the full stereo soundtrack LP (which had one side of George Martin's orchestral score) as well as some other Beatle songs (such as the title track, which first appeared on Revolver in 1966). These four songs "Only A Northern Song," "All Together Now, "Hey Bulldog and "Its All Too Much" appeared on the 2009 Mono CD box set, but these versions sound worlds away better than that incarnation, with bigger rounder bass, driving drums and more overall dynamics on the guitars and such. It's really cool to clearly hear Ringo's ride cymbal toward the end of "Hey Bulldog." I'm now noticing neat textures on "It's All Too Much" such as cool amplifier distortion and other "crunches" (if you will) probably made by George with his guitar.

Curiously, this is the first (and only) of the discs in the whole set to have a not entirely dead quiet vinyl experience - there were some surface noises cropping up at the lead-in groove but that all but disappeared as the tunes kicked in. This is certainly not a deal breaker, but I did want to bring it up for your benefit, Dear Readers.

Anyhow, I think you get the idea this is a way cool comprehensive mixed bag collection which puts all the non-LP stuff together in one place. Again, perhaps the only downside here is that, in making the all analog pressing, they had to make a new safety master tape to create the LP. So what we hear is effectively a generation down, albeit using state of the art analog processing. I do not detect additional hiss or new distortions added in the process (though technically there probably is some tiny amount, as that is the nature of analog).

That said, you've probably not heard B-sides like "I"m Down" ever sound quite so good!