Released on Crewe's Dynovoice subsidiary label of Dot Records -- a label which had put out hit records by Mitch Ryder, The Toys as well as Crewe's own smash hit "Music To Watch Girls By" -- the album looked fantastic with its silver and blue foil cover art and enthusiastic liner notes from then NY-based DJ on WNEW-FM, Rosko. But that apparently wasn't enough. Four weeks after the album's failed release the band were taken off salary. 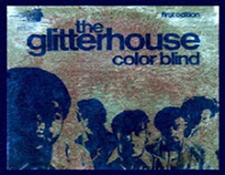 Disillusioned and discouraged, the band soon split up. It boggles the mind as to why this band that had believed so passionately in their music and worked so earnestly and hard for the producers would be treated this way. Especially when you listen to this obviously joyous recording which Crewe shaped into a paisley pop gem that no one really got to hear.

I myself never would have heard about it had I not found a copy of the then cut-out LP in a 3-for-$1 bargain bin in an upstate New York "5- and 10-cent" store ('member them?) one Summer in the mid 70s. For 33 cents, it looked too cool to pass up! This album soon became a favorite sunshine pop listen for me, with its ever-so-groovy and trippy fantasy titles like "Princess of the Gingerland," "Sassafras and Cinnamon" and "Tinkerbell's Mind."

For some 20 subsequent years I had no idea about the history on this mysterious band until a trip to London in 1999 and a fortuitous visit to a record store revealed an entire section dedicated to the band (they had several copies of the album). The store clerk there was very into The Glitterhouse and it was from him I learned about the Barbarella connection. Years later via the Interwebs I discovered the website belonging to one of the original band members, Moogy Klingman (you can't make up names like this folks!). There, Moogy was selling CD-R reissues of the album, transferred off one of his pristine LP copies. The CD-R came complete with comprehensive liner notes telling the whole sordid Glitterhouse story and includes rare bonus tracks such as early singles and reunion demos from 1974. Moogy, had gone on to become the original keyboardist in Todd Rundgren's first Utopia! The band also included Joel "Bishop" O'Brien who went on to play drums with James Taylor and Carol King, among many others. 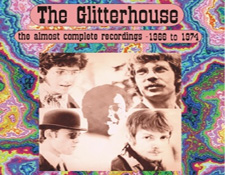 Like The Left Banke and Billy Nichols' records, The Glitterhouse has its twee innocent faux psychedelic moments that put it this side of The Cowsills (think "The Rain, The Park, and Other Things") in terms of overall sound. Yet The Glitterouse were a real rock band and they could play, so there are cool drum breaks, groovy guitar solos, swirling organ swells and more. To my ear, this album should be up there with the Billy Nichols album as far as fans of sunshine pop go. But you don't have to spend $50 for a used CD at this point in time to experience this gem -- in fact, you can find original LP copies on eBay now for under $15.

If, like me, you like some periodic pop rock that is chockfull of sparkly sunshine, definitely keep an eye out for these fun lost recordings.