This is one of the harder reviews I've ever attempted: listening to the wondrous new HDTracks download of The Grateful Dead's American Beauty in 192 kHz, 24-bit resolution, one of the first beneficiaries of the new Plangent processes on the market. Now, it would be very easy to talk about this technology and get caught up in all manner of audiophile tech speak which, at the end of the day (from my vantage point), is often lost on a great many people outside of those of you readers with super high end systems or engineering degrees. So, to set realistic expectations, I'll leave that sort of reviewing to other folks who do it much better than I and who have that sort of gift for more genuine scientific scribesmanship (if you will). 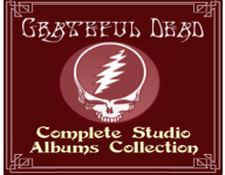 Tooting my own horn a bit, my approach is in many ways it much more challenging, to bring this sort complex technology into a perspective which might appeal to a wider, mainstream audience. This is part of what I'm known for in the communications world, by the way. You see, over the years in my work as a marketing communications and PR consultant -- largely for entertainment related technologies from the consumer and professional electronics industry -- I've demonstrated a knack for being able to convey the essence of very complex technologies in a manner that the everyman can understand. I have to find language that so called Average Joe's like you and me -- people who have "good" systems and like "good sound" but perhaps don't have space or budget for the uber-audiophile systems of our dreams  -- can grok.

Thus developments like this from Plangent Processes are all the more important as they can make our every day listening experience much better, appreciable even on fairly pedestrian (by audiophile standards) gear.

The Plangent process is both a fascinating technology and service created by a fellow from the Northeast named Jamie Howarth. It was reviewed previously on Audiophilereview.com by my editor Steven Stone, which I wholeheartedly encourage you to read as it explains the technology in great detail.

Now, with no disrespect to my editors, I'll pull a quote (admittedly out of context) from that article to try to bring you into the universe of the recording process which we're going to explore; "Plangent Processes does nothing but re-conform the existing waveform to a much more highly accurate timebase, shifting it back to the shape it took on before the tape mechanism distorted its timing."

Got that? Immediately, its complex stuff.

That said, perhaps consider this somewhat simpler explanation: most professional recording and playback devices are inherently imperfect and can -- and will -- mess up the sound of even the finest recordings in many ways well before it gets to you, the listener, as an LP or a CD or download. There are certain anomalies inherent in the process of making recorded sounds which can alter and -- essentially -- degrade the sound from the way it was when first performed live. Plangent Processes has figured out a way to correct those problems resulting in dramatically improved sound playback. 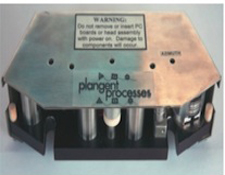 Many of us, when buying our own audio playback gear, have learned to pay attention to the somewhat cryptic numbers on the so-called "spec sheet" which measure things like "total harmonic distortion" and "wow and flutter" and so on to. We want to make sure that on our end we are playing back the music in as pristine a manner as possible.

We don't want our gear to mess up the sound of our spiffy Mobile Fidelity LPs and such.

Those same kinds of "specs" we consumers worry about impact the original recording process and are among the many concerns engineers and artists have when creating a new album or single. Consider the fact that no matter how good a recording you the consumer may be listening to, what you are hearing isn't really quite exactly what the artists had intended you to hear. Inevitably, things get in the way subtly but significantly altering the sound so that on playback it doesn't sound just like the actual performance.

Its like the difference between watching a sunset or looking at a photo of one...

And that is kind of where the Plangent process comes in to play, to get the sound that much closer to that original performance as it was laid down on tape...

Now, over the years many famous recordings we know and love have been improved in various and sundry ways, from Miles Davis' Kind of Blue being finally presented in its proper speed to Duke Ellington's legendary 1956 performance at Newport being presented in Stereo for the first time.