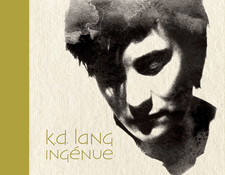 Yup. Ingénue is all grown up now and you know what? It still sounds as fresh, heartfelt and wonderful as it did the first time I heard it in 1992. In some ways Ingenue was an impossible album to follow effectively so k.d. has spent a large portion of her career in its shadow (putting out some great music along the way, mind you... but this one is still looms large around her... not a bad thing, mind you).

Back in the day, this was made very easy as the album was only issued in the US on CD and cassette as far as I know. I think there was an LP version in Europe but those were elusive to find here in the US (I've still never seen one actually).  You'd usually put on the album and let it run.  Nowadays many people cherry pick tracks for their playlists and such, taking tracks out of context.  Keep that in mind folks: some recordings are meant to be heard as a whole entity with the other tracks on the album, in order to fully appreciate the music and the artist's statement. 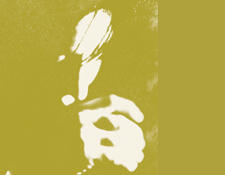 To celebrate the 25th Anniversary of Ingénue, Nonsuch Records has issued very nice two LP vinyl version which actually sounds quite lovely.  Not sure if this is a digital recording or not, but I wouldn't be surprised if at least some of it was done in the digital domain. It was the early 1990s after all and digital recording was a definite trend at that point.  That isn't necessarily a bad thing, especially for the original tracks being laid down. The sound here is very big.

Digital considerations aside, this new vinyl LP -- and the remastered streaming version of Ingénue that is up on Tidal -- definitely sounds much better than my original CD (which sounds a bit harsh in comparison). It is certainly way better than the free MP3 download which accompanies the album (save that for playing in the car, kids).

This new LP pressing of Ingénue is a fairly rich, round-sounding listening affair. The instruments have a much better sense of realness, of instruments being played in a room. The separation is clearer and overall dynamics are richer. My old CD sounds very one dimensional, like I'm hearing all the music pushed up flat against a window.  So its really nice to hear some sonic depth become apparent with this music, especially noticeable on tracks like "So It Shall Be" and "Still Thrives This Love."  There is so much beauty on this record and k.d.'s voice still sounds spectacular beginning to end. The jazzy country swing of "Outside Myself" continues to send a shudder down the spine with its poignant and etherial Jerry Garcia-like Pedal Steel guitar flourishes and rich piano arrangements.

The bonus disc of eight songs from k.d.'s somewhat legendary performance on MTV's Unplugged lean a bit toward the crispy treble-y side sonics-wise, but I suspect (ie. and I'm guessing here, kids!) that the tracks might have been mixed a bit brighter due to the nature of broadcast television back in the day, perhaps to compensate for cable TV transmission constraints of the times. Overall, these recordings sound pretty nice and the performances remain sublime, a live snapshot of how Ingénue was presented to audiences live on the stage during this period.

The 25th Anniversary vinyl edition of k.d. lang's Ingénue comes housed in a lovingly prepared package including a thick cardboard cover, audiophile grade plastic lined inner sleeves, a lyrics insert sheet and copious liner notes in the gatefold sleeve. And its only about $20 up on Amazon so for a two LP set, that is a pretty square fair deal. A worthwhile investment for your collection.