In thumbing through some of my old HiFi magazines recently, I came across a review of an amplifier reported to have "no capacitors in the signal-path". This was said by the reviewer to be a major advance in amplifier design and to contribute mightily to the amp's reportedly exceptional performance in every way from reduced distortion to greater "phase accuracy", to broader bandwidth, to, perhaps because of all those other "epoch-making" feats, better imaging and a broader, deeper soundstage. 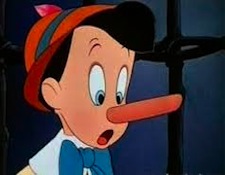 I'm not going to say which amp it was; or in which magazine it was reviewed; or even by which reviewer. You can decide for yourself why that is: Maybe it's because I'm a good ole fella and am feeling merciful. Maybe it's because back then, I was a reviewer, myself, and was pals with most of the others - at least for the major magazines. Maybe it's just because the next time I'm at an industry or audiophile event, I don't want to have to worry about an enraged reviewer or one of his ever-so-supportive fans walking up and poking me in the nose for having turned an ancient error into a modern sh*t-storm.

Or maybe there won't be any storm at all. Maybe we all, in our heart-of-hearts, already know that altogether too many reviewers may have great ears, pure hearts, and the best of intentions, but are, nonetheless, lacking in even the slightest vestige of technical training; and that errors - at least of the kind that come from listening to and believing HiFi myths or the either too-simplified or too self-serving statements of manufacturers' marketing people, come about altogether too often. Maybe we've come to the same position with audio reviewers as we have with politicians, and know that much of what they're saying isn't true, but we accept it anyway 'cause it's the only game in town.

Maybe we do, but I don't think that that's the way it has to be. 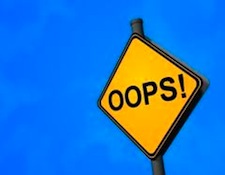 In addition to all the other things I do (HiFi, motorcycles, militant "foodie"-ism, and such) I'm also an avid reader, and my house is filled with not only technical and non-fiction books, but also large quantities of fiction, tending mostly toward Science Fiction and Spy stuff. In the science fiction genre (Never, EVER, say "Sci-Fi" in talking about science fiction - It's like calling Los Angeles "L.A.", or San Francisco "Frisco": although most people won't say anything about it most of the time, those who really love it will, even while smiling at you, be plotting your death or abduction-and-anal-probing by the Greys) one of my very favorite writers is Larry Niven, a remarkably accomplished man who really should be looked-to as a model and mentor by writers in many other fields, including audio.

Niven, like Arthur C. Clark, Gregory Benford, and a number of other notables, is a "hard" science writer, meaning that while his stories explore the fringes of possibility, the science in them or that they are based-on is always real science, and the possibilities are, within the constraints of what we already know or can reasonably extrapolate from it, actually possible.

Wouldn't that be nice for audio?

The fact is that (harking back to the original issue of capacitors in the signal path), unless something else has come along to take their place, it's probably not possible to not have any capacitors in the signal-path, because, to a very substantial degree, the capacitors ARE the signal path: I explained this in my article "Amplifiers Don't Amplify", where I reminded you that, instead of "making a small signal  (the input) bigger", what amplifiers do is to use a little signal to modulate a bigger one, and that it's the bigger one that you take to be the "amplified" signal. In solid-state amps, that bigger one is a direct draw-down of the energy stored in the power supply capacitors, and even in tube-amps, which modulate current drawn off the "heaters" of the tubes, the energy ultimately comes from the power supply, which almost certainly has "cap's" in it, even if only as filters. 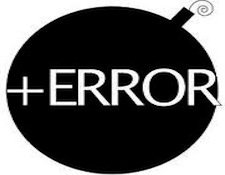 Another technological example I came across just recently is some very beautiful, exceedingly expensive, and reputed-to-be-wonderful-sounding resistors that are enclosed in grounded copper tubes, apparently as shielding. Frankly, I've never heard them, and I'm only guessing (from the way they're set-up) that the grounded copper tubes are intended as shields, but I will tell you that if I were to review them, I would certainly make sure that that was the real purpose of the tubes, and I would be certain to find out, if it is, why shielding a resistor - especially one intended to be used (as these seem to be) in a loudspeaker crossover network ― is believed by the manufacturer to be a good idea.

Even if the purpose isn't shielding, I would be sure to ask what the purpose IS, and in any case I would also ask the manufacturer if he had considered that, by putting that copper tube over the resistor's signal lead, separated by a non-conductor (a dielectric), and then grounding it, he had created not only a resistor, but also a capacitor, that could, itself, have some effect on the signal to be passed. I would also, in the course of my testing, try the resistors with the "shield's" ground lead both attached and not attached, just to see for myself what, if any, audible effect there might actually be.

It's easy to come up with innovations like "amplifiers with no capacitors in the signal path" and "shielded resistors", and they certainly DO sound like they certainly ought to work, but I think that, to really be the kind of reviewer that your readers can believe and place their trust in, you really have to put out that last little effort to make sure - as even the best science writers do - that the innovations are really innovative and the possibilities are actually possible.

Unfortunately, manufacturer's "hype" is all too often just that, and reviews that take it just as it's dished out can, even if the reviewer has no such intention, become masterpieces of misstatement.