Is It Time To Retire the Term Mid-Fi? 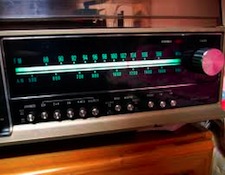 Every hobby has its share of jargon. Audiophilia carries this to its usual logical uber-extreme. Gordon Holt wrote an entire glossary of audio terms, which he intended to rewrite near the end of his life, but copyright prohibitions prevented that from happening.

My own take on "mid-fi" is very different. I think that the sonic quality levels that used to be called "mid-fi" and the price-points that used to designate mid-fi are almost as old and moldy as the put-downs on that Audiogon message string. I think that audiophiles and perhaps more importantly, potential future audiophiles, can find plenty of gear in what used to be mid-fi prices that will give the high-priced stuff, especially older digital high-end stuff, some serious sonic competition. I'd take a King Rex 384/24 USB DAC over any USB DAC that's over four years old.  I'd also take a Sonic T-Amp over most solid-state integrated amplifiers that are more than ten years old regardless of their original price.

So are there still mid-fi products? Not in my world - there's only low fi, such as iPod docks with built-in speakers, and hi-fi, which nowadays is almost any audio component designed to go into a full-range system.

And please don't misunderstand me, I'm not saying that ALL low-priced performance-oriented products and companies make better products than specialist Hi-Fi firms did ten years ago, but I am saying that for the average audio consumer the chances of winding up with mid-fi sonics is far less likely than it used to be, and that is a very good thing...