Subwoofer Go Boom (or Not)

Last week I sat down to listen to my stereo system and I discovered one of my two JL F-112 subwoofer's front panel lights were not illuminated. After several minutes of checking all the power connections and even replacing the AC cord to see if, hopefully, that was the culprit, I had to conclude that, yes, it was dead, Jim. As with all major Hi-Fi malfunctions this occurred early on Saturday morning (Friday nights are the other primary malfunction moments). I immediately sent off an email to JL Audio to see how to go about getting the F-112 repaired. 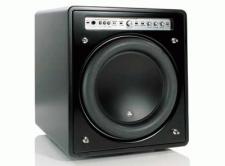 Subwoofers are the biggest pain in the butt to fix. It's not because they are hard to figure out or set right, but getting them from point A (your system) to point B (somewhere they can be fixed) often is an exercise in mind over matter (and weight training.) Even a small subwoofer with only an 8" driver can weigh 30 lbs. or more. The JL F-112 weighs 115 lbs.

Of course, this isn't the first time I've had a subwoofer "go south" on me. In 2011 I acquired a Velodyne DD 10+ subwoofer. In 2013 the DD 10+ stopped functioning correctly - the controls no longer responded. I contacted Velodyne and they sent me instructions on how to partially disassemble the DD 10+ so that I could send them the electronics without the rest of the subwoofer enclosure. That vastly reduced their shipping costs and made the repair much easier on my side since I didn't have to pack up and remove the entire sub from my system to get it repaired. Turn-around time was under two weeks and I haven't had any issues since. 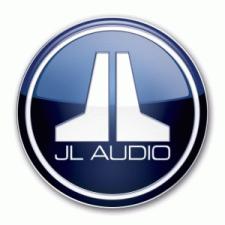 JL Audio quickly responded to my email. Their tech talked me through the process of removing the amplifier section from the F-112. It required removing 16 screws and then attaching a suction handle designed for handling plate glass to the back of the amplifier section, so there was a way to work it loose from its airtight seal. I had to wait two days for Amazon to deliver the necessary tools. Wednesday afternoon I began the removal operation. Ten minutes later the back plate was loose. I've looked inside a fair number of subwoofers in my time, but I have never seen one with as much cabling or as many connections as the F112. Also, all the cables inside the F112 are wrapped with additional sound absorbing materials. I'm usually fearless when it comes to tearing stuff apart, but this left me scratching my head. It was, to employ a currently popular saying, "Above my pay grade." After a call to JL Audios' support we agreed that I would be better off sending the entire subwoofer back. On to plan B.

Plan B required finding the original shipping box, repacking the subwoofer (including the special black cloth cover that protects the finish during shipping), getting it up a flight of stairs, and then waiting around on the magic day that the shipper has scheduled for pick-up. Easy-peasy. With the help of my 20-something nephew I got the box into lift-off position just inside the front door to await the lucky shipper who got the pick-up call. When I looked the original shipping label I discovered that I originally received this F-112 sub in June 2006! 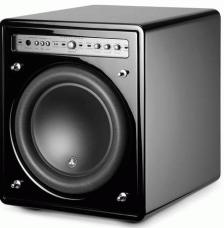 Ten days later, (including two weekends) the F-112 showed up at my door via Fed-Ex. Although it arrived on a Wednesday, it didn't make it back into my system until Saturday, when I had the assistance from my young, strong, nephew. Note to self: the next listening room I do must either be on the main floor or have elevator access. After re-installing the sub and connecting it all up, the sound in my main listening room was back up to its full potential, for now. JL delivered a level of service that anyone, in any industry, would consider exemplary.

If you own any JL Audio gear, rest assured, you are in good hands if anything goes awry.

And much like photography, audio is often 1% inspiration and 99% moving furniture...