In our everyday lives we all tend to like different things. From the food we eat, to the clothes we wear, to the cars we drive, differences of opinion and a variety of preferences are not only expected they are a given. Without a doubt, high-end audio is no exception. 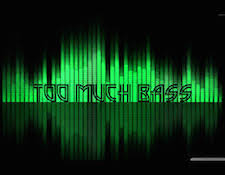 When, as a teenager, I first developed a passion for high end, unlike my friends I tended to like the crash of a cymbal more than powerful bass. That preference essentially exists to this day. I certainly don't discount bass; in fact I have made many system improvements to enhance low frequencies. The fact remains, I prefer higher frequencies specifically and a balanced presentation in general.

As my preference in musical genre is smooth jazz, the music that really gets me me going is something with a high energy, up tempo alto or soprano saxophone. While I do like commanding bass to go along with those "kickin" highs, I simply get a bigger charge out of a cymbal crash than the thump of a bass guitar. I accept the fact that I may be in a minority of those so inclined.

Bass, or lower frequencies, are the driving force in the music we enjoy. But if the predominance of what we do hear is very bass heavy as opposed to, say, a balance across the entire frequency range, is that then a good or bad thing?

When I attended AXPONA in April, I did so for several reasons. Obviously, one reason was to see the audio systems. Another was to see some friends. Most certainly, I was looking over a wide variety of equipment to help guide me in any future system changes I may want to make. In fact, I had several rooms I specifically wanted to visit for that very reason. I also wanted to visit several out of curiosity and in response to receiving very favorable press. 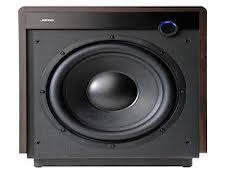 One such room was set up with a pair of Focal three way floor standing speakers. I've owned Focal before and I think they make a fine product. In this case, whatever the speakers, or the system for that matter, produced was overshadowed by two fairly large subwoofers playing so loudly that all I heard was bass. It almost sounded like an explosion of low frequencies - kind of like that car that pulls up beside you at the gas station and the whole car is vibrating. I stayed for about one minute before leaving and never really discovering what I intended to find out in the first place - what the system sounded like. As a consequence, my curiosity remains unresolved and I will need to make other arrangements to answer my questions on this particular product.

Obviously, the people hosting the room have the right to set it up however they so choose. I would also imagine that for the vast majority of those that visited the room the profound bass was not only acceptable but also pleasing. I've often wondered if the average audiophile prefers commanding bass even if it comes at the exclusion of a balanced tonal response. But the absence of any measure of tonal balance left me with more unanswered questions than definitive knowledge on what the equipment could do.

We all like certain things in a certain way. I don't see anyone who prefers lower frequencies as being in the wrong just because I might not. This is not a question with a correct and incorrect answer. Personal preferences are what keep audio companies in business. It is probably the leading explanation why some like tubes over solid state, some like analog over digital, and some like exactly the opposite.

My second question to myself was why do I tend to like higher frequencies as opposed to lower ones? Why do I like the crash of a cymbal, or a "scorchin" sax as opposed to pounding bass? I pondered the question and ultimately decided that a definable answer just didn't matter. My conclusion was that it's just that way. I also prefer green beans to broccoli and I can't explain that either. 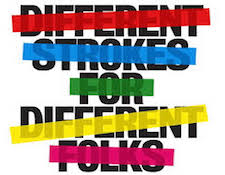 Having preferences are part of everyday life. At the very least, it keeps things interesting. For the average audiophile, it provides fodder for debate. It gives some purpose to liking and discounting a sonic presentation. It provides manufacturers goals to pursue. It makes the hobby fun. Preferences allow me to have complete conviction in a sonic character that may be wholly in opposition to someone else. And that someone else is just as entitled to their conviction as I am to mine.

In the future I'll have to remind myself that when I hear a system I find less than favorable, the owner, in all probability, thinks it sounds wonderful. My friends with systems far below mine are just as happy with theirs as I am with mine. Are they wrong and I'm right? Of course not. High-end audio exists because there are differences in sonic presentation, just as in the live music the hobby intends to emulate. It is up to each of us to recognize those differences and find the signature sound we find most enjoyable. While all of that "sounds" perfectly reasonable, it doesn't discount the fact that I wish those guys had turned off those subs.