The Jimi Standard For Reference Loudspeakers 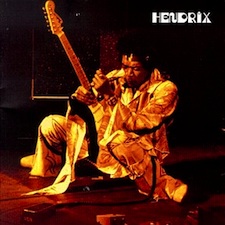 During this year's CES, Dr. Taraszka and I walked around the show with a CD-R of Jimi Hendrix Live at The Filmore East and used it as the antidote to the vast volumes of God-awful music that we were subjected to because "It's a great recording" or had a "flowery mid-range." Personally, I don't care if demo music was recorded by the Almighty himself, if the actual performance or songs on the recording are for crap.

The HomeTheaterReview.com posse would roll into a highly respected audiophile manufacturer's room and hear unfamiliar, low volume, low dynamics, easy-to-reproduce music coming from audio systems that cost more than a Ferrari California. Some cost a double California. But when you go on a test drive of a California - they let you step on the gas a little. And they take you on a road where you can give the car a bit of a test. Too many audio rooms at this year's CES were driving their Ferraris in first gear - or just tooling around in reverse.

While I will give nearly every room credit for bringing some form of Apple music server (modified iMacs, Macbook Pro laptops, AppleTV, iPhones, iPads etc...), I must encourage a new concept for what is ripped on said servers. This concept is called "The Jimi Standard".

If your speaker (or system) can't faithfully reproduce the soul, passion, dynamics, air and three dimensionality found in one of the three Jimi Hendrix studio records - then your speakers/system simply sucks."

Depending on your taste in music - you could change this to the Led Zeppelin standard, or the Beatles standard, or any classic rock, jazz or popular act that has virtuoso performances, solid (but not necessarily state-of-the-art) recordings, and historical performance. You should be able to feel the music emotionally. A system should be able to play at realistic levels comparable to what it was mixed at the studio (or a little higher perhaps).

The Jimi Standard speaks to the idea that if your buddy came over and you just installed some new speakers in your system, that if you demo'ed them for him with some "Voodoo Chile (slight return)" from Electric Ladyland - that he might respond that he's never heard the song sound so good. He might nod his head with the music. He would be involved before the first chorus. This is meeting The Jimi Standard.

I must give credit to a number of our favorite AV companies who let us walk in, dial up "Machine Gun" from Live at the Filmore East  (which has surprisingly good sound for a 1970 recording) and let it rip at real concert volumes. Audio Research , Wisdom Audio, Magico ,  Dan D'Agostino, Golden Ear  - among others.  These companies have embraced The Jimi Standard and they should be duly noted, but we are calling for more at this year's Rocky Mountain Audio Fest, CEDIA and the 2012 CES tradeshow as well as in the top audio-savvy dealers.

While there is a time and place for female vocals, jazz ensembles and pristine, airy recordings of Vivaldi string quartets - a system that can't rock is a system that shouldn't exist. You don't always drive your Ferrari California at 180 MPH around Laguna Seca, but it's nice to know that you could if you wanted to. When you're buying a reference level audiophile system - make sure you have the performance of a gleaming new Prancing Horse from Marinello. Audio can be just as exciting when done right.