Recently I was offered two very expensive products for review, both with mid-five-figure pricetags, I demurred on both for the simple reason that I didn't feel they were relevant to enough of my readers to warrant a review. The products were also so far outside the price-point that I normally frequent that I simply couldn't relate. Both were aimed at that 1% of audiophiles for whom price is completely irrelevant, which sure ain't me. 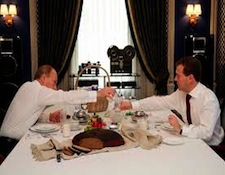 Some audiophiles might say that there is no reason for $40,000+ music servers and amplifiers to exist at all. For 1/10th the price you can find many fine components that deliver state-of-the art performance. But Oligarch-priced audio isn't really about an optimal price/performance ratio; what it is about is "matching" the other parts of a megabuck system.

A $2000 Sony HAP-Z1ES, regardless of how well it performs, probably isn't going to find its way into many systems sporting $200,000+ speaker systems with $50,000 amps and preamps. No, for that kind of system a "more appropriate priced" music server or DAC should be at least $10,000 (according to any retailer.) Anything less could be seen as a "budget choice." 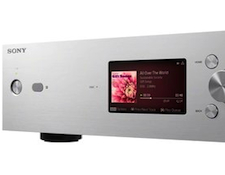 As someone who doesn't regularly review six-figure speakers, reviewing a component that costs nearly as much as ALL of the rest of my system is silly - it's something no one with a similarly priced system would consider, even for a moment. Also there's the question of the value of such a review, for me, or for the manufacturers.

From an audio firms' point of view, anything less than a wide-eyed, frothing-at-the-mouth rave of a premium-priced component is a disaster. From a reviewer's point of view a love-fest review of a stratospherically priced product is basically a cop-out. And if, by chance, a reviewer actually does find that a far less expensive component does match the premium priced component under review, half their readers will immediately conclude the higher priced piece completely sucks. 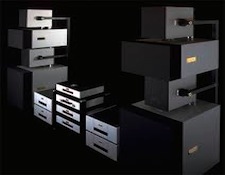 Only by comparing high-priced components with other similarly priced components in an appropriately-priced system can a reviewer hope to produce anything that is even slightly useful or relevant, even if it's only useful to 1% of their audience. Some reviewers, such as The Absolute Sound's Jonathan Valin, are quite experienced at reviewing hyper-expensive components because that is what they specialize in, so they have a proper and appropriate frame of mind and reference for the task. That sure ain't me.