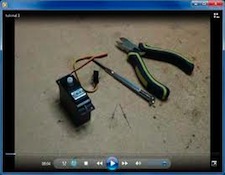 Ask a true old-school audiophile about modifications and you'll discover that you may not be considered a true audiophile until you've modified a piece of gear. And what do I mean by modify? Changing parts and/or operating specifications in an attempt to eke out better performance than the stock unit.

Modification has been with us ever since the first tube floor-standing radio, when somebody looked at it, squinted their eyes slightly and thought, "I can make this sound better." Even swapping the original tubes in a component for "better" old-stock or premium tubes is a form of modification. Tube-rolling, as it's often called, can result in a far quieter, better performing tube preamp or power amplifier, but if the tubes aren't as good as the originals, it could seriously degrade the sound as well.

And while trying to improve the sound of a component is a laudable goal, it's not without pitfalls. If you decide to alter a new component the most immediate and obvious issue is that you most likely just voided the warranty. One notable exception to this rule is the NuForce/Oppo NX and NEX modified universal players where Oppo honors the NuForce unit's original Oppo warranty. Now, with older gear that's no longer under warranty voiding the warranty doesn't matter much. And even with newer gear the warranty may be of little value if the manufacture's repair facility is located halfway around the world. So for many modifiers OEM support isn't an issue - until something goes badly wrong - at which point they may be left holding the bag, or in most audiophile's case, a large, heavy, functionless box.

The economic efficacy of modifications is far more complex. As long as you're Ok with the fact that whatever money you put into a modification will not come back at time of resale, you'll never be disappointed by the "value" of a mod. I've never seen a case where a component with third-party modifications was worth more than an original unit. Actually, very often a modified unit ends up selling for less than a stock one. Unless you plan on keeping a component for many years, a modification will generally be a money-losing proposition.

Still with all the negatives, choosing modification as an upgrade path can be the best way for an audiophile with limited resources to improve the sound of their system. So, go ahead, try a mod, but go in with your eyes open...