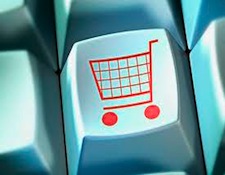 Recently I sold an AV PRe/Pro on Ebay. I listed it with an attractive and competitive buy-it-now price and the unit sold in a couple of hours. The buyer paid via PayPal and I shipped it out the next day. It arrived safely and the buyer had no issues with installation since it was replacing a similar unit that had been fried by a lightning hit.

A couple of days after I thought the deal was successfully completed I got an email from the buyer. On analog sources he was hearing bleed-through from the FM tuner section. He requested a full refund and I obliged. Fortunately he was a local buyer, so he dropped the unit off and I refunded his money.

Once I got the unit home I tried to replicate his issues. No matter what I did to the unit's analog inputs on my test bench, they were silent as a grave. So, was there really a problem?

I tried one last thing - hooking up the FM tuner's antenna input to my roof antenna - finally I heard the slightest bit of background FM through other analog inputs - but only when the tuner was tuned to a very strong signal. With an indoor antenna or no antenna at all the analog inputs were noise-free.

So the buyer WAS right - there was an issue with bleed-through from pre/pro's built-in FM tuner, but unless you tried powerful antenna (or in the buyer's case his cable/FM system) you'd never experience this problem. I'd used the pre/pro in various systems for the past year with no issues, but I never used the FM tuner. If the buyer had been similarly FM-free he'd never have experienced a problem.

Sometimes even the most perfectly operating piece of gear in your system can exhibit issues in someone else's system. So if a buyer comes back after a couple of days and tells you, "It don't work right," refund their money. Yes, there's always a chance you're getting scammed, but better to be the victim of an occasional cheater than to label a buyer with a legitimate beef, a liar.

The moral of the story is that when selling a complex piece of gear, such as a Av Receiver or pre/pro, always be prepared to offer a refund...