MQA The Facts Versus the Fiction

There's a lot of information and misinformation floating around about MQA: How does it work? Is it lossy? Does it have DRM (Digital Rights Management? And so forth. 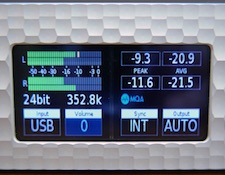 This is understandable since MQA, for good reason, has not openly published the details of their protocol and it uses a different kind of compression paradigm than normal where some words and phrases have a different meaning in the context of MQA than they do with MP3's, FLAC files, etc.

I should say that I have no business relationship with MQA, no real inside information from them, and neither mean to be an advocate for or against it.

However, if you follow a lot of the publicly available information about it, sort of read between the lines, and collate all the information, you can suss out what it does if not exactly how it does it.

First, most forms of compression irretrievably throw away information and/or compact it in a way that can be undone. They work in a linear, or "horizontal", way on the bitstream, meaning that they look at the numbers and find ways to reduce the space needed for them often using something called pattern recognition. They generally make no attempt to analyze what is represented by the bitstream (MP3 does a little but only to determine what to discard without the intent to replace or reconstruct what's lost) and move things around, or "down" and "up".

MQA takes a more "vertical" approach by moving high-frequency musical information into the lower frequencies and masking it with dither, a kind of randomized form of information almost like white noise, that masks the embedded high frequencies to make them virtually inaudible. This is why MQA-encoded files are backwards-compatible and can be played without decoding at the compressed level (such as 44.1 or 48kHz). MQA calls this process "folding" because it repeats the process each time it cuts the required bandwidth in half. So 192kHz gets folded to 96kHz and then again to 48kHz (or 176.4 to 88.2 to 44.1). This is basically what Bob Stuart of Meridian and MQA calls "audio origami". Yes, this gets done in a lossy way but not lossy as is thought of with an MP3 because MQA never claims that the missing information is "psychoacoustically irrelevant" or that it can't be recovered.

The "unfolding" occurs in a series of steps sometimes in software and sometimes in hardware. So 48kHz gets unfolded to 96kHz and then again to 192kHz. The resultant bitstream does have some missing information; but MQA also encodes the difference between this final unfolding and the original analog waveform, and this difference gets used by an MQA-enabled DAC to reconstruct or "decode" all of the original information, so, in a full implementation of the MQA playback chain, the result is the same as lossless compression.

Yes, MQA does use "authentication", which is a poor choice of words, because it's really "verification". Unlike DRM, the authentication doesn't prevent you from copying your music files around or from playing them in a non-MQA system. It's just a reality check that occurs before the unfolding and decoding to make sure that your file actually is MQA encoded, otherwise there's no point in trying to unfold and decode it.

Some software, such as Roon and Audirvana Plus, can perform an initial unfolding from 48kHz to 96kHz, which will play through a non-MQA DAC. Although the 96kHz stream will not (yet) be fully reconstructed, it will have more more high-frequency information than the fully-compacted 48kHz stream so has a genuine potential to sound better.

Some people claim that even a fully-compacted MQA file will sound better, without any unfolding or decoding, than a non-MQA file with the same resolution. I have no way current way to verify this myself and it may be very subjective. However, I have never read anyone say that the MQA file sounds worse. 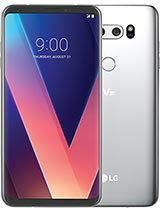 Apparently the way that MQA encodes the stream helps to improve the integrity of the signal in the time domain, where human hearing is much more sensitive than it is to the frequency or amplitude domain (remember the problems with jitter). Again, I have no current way to prove or disprove this but, if it's correct, it would certainly be a plus.

Again, none of this information comes from a single authoritative source, is subject to revision, and certainly in no way indicates how to recreate the process. However, I am reasonably sure of its accuracy and it helps to explain some of the confusion centering on lossy versus lossless compression and DRM, among other things, when it comes to MQA. Ultimately, you have to decide if you enjoy it yourself. Like your mother used to say, "How do you know that you don't like vegetables if you don't try them?"