DSP, or Digital Signal Processing, refers to an type of computer programming in which analog waveforms, or variations in sound pressure or an electrical signal (representing music or sound in this context) get converted to numbers so that you can store, transmit, and alter the waveform or signal with a computer processor in logical or mathematical ways generally impractical without first converting the waveform or signal to numbers. An analog waveform gets converted to numbers using an ADC (Analog to Digital Converter, such as an Apogee Duet 2 or Ayre QA-9), fed into a computer processor, possibly but necessarily, then manipulated in a way intended to alter the sound in a subjectively pleasing way, which is converted back to an analog waveform or electrical signal using a DAC (Digital to Analog Converter, such as an Ayre QB-9 DSD or dCS Debussy) and played through an amplifier into a pair of headphones or loudspeakers. 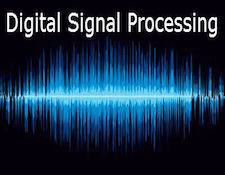 Even devices as simple an iPod, DAP (Digital Audio Player), or mobile phone use specially-designed microchips and software to store, transmit, alter, and play music or sound as lists of numbers rather than pure electrical signals.

The first successful digital medium to enter the market, the Compact Disc or CD, promised "Perfect Sound Forever" even though the average life span of a CD equals about 35 years. Although the earliest efforts to digitize an analog signal involved the use of audible pulses at regular intervals, representing single bits, the CD divided the analog signal into 44.1 thousand slices per second (also called kilohertz and abbreviated kHz), each of which contained a single 16-bit number per channel per slice, representing a rather arbitrary range of whole numbers, or integers, from 0-65535 to record the amplitude of the signal in each slice.

When a DAC reassembles those numbers into an analog signal, you wind up with a square wave, a very rough approximation of the original analog signal, but different types of filtering smooth the square wave into a sine wave, the natural shape for a musical signal.

Really, the only reason the 44.1 kHz standard came into existence is because that was the sampling rate associated with the 3/4" Sony MuMatic video recorders used with Sony 16-bit PCM encoders back in the early days of digital recordings. Even modern pro-sumer camcorders, like the Canon XA30 that support "high-resolution" stereo sound use 16-bit/48 kHz encoding. 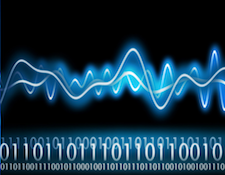 I personally find that bit depth is more important than sample rate in terms of sound quality and that 48 kHz sounds a lot better than 44.1 given a 24-bit sample with an integer range of 0-16,777,215, directly related to much greater dynamic range. I don't think there's a need to get into too much math until we start to talk about transcoding of one kind or another. The first thing to is just to explain the basics of PCM recording and perhaps compare that a bit (no pun intended) to DSD, which of course predates PCM and was originally called PCM because each single bit was recorded as an audible pulse.

I think the history and reasons for establishing 44.1/16 helps to explain and debunk the Nyquist theorem. Not the part that says you need twice the sample rate of the highest frequency sound you want to record, but the common misconception that human hearing has hard limits of 20-20 kHz and that you can't perceive overtones that are at, say, 60 dB below a relative 0. 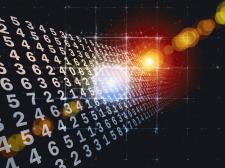 The importance of clock speed and the pragmatic success of rather sloppy asynchronous algorithms also needs to be discussed, because the human ear is very sensitive to errors in timing (i.e., jitter), so it's no surprise that more and more state of that art DAC's, like the dCS and the Ayre QX-5 Twenty, can be governed by external master clocks. Someone just needs to decide on a standard and adopt it instead of dCS and Aurender using one type of clock signal carried by COAX whereas Ayre uses a completely different type of clock signal connected through optical fiber. You can convert between them using legacy devices like the Apogee Big Ben, but that's not a very elegant solution.

Next week we will look at DSP in more detail...