In Part 1 of this possibly multi-part series on why we still use cables, I pointed out that the only function that any cable has is to carry signal from one place to another. That "transport" function is easy, I said, and can be performed in many ways, by many different kinds of devices and systems. It's not sufficient, however, to just transport the signal: In order to really do its job properly, the signal carrier must carry all of the signal all of the way to its destination without adding anything, subtracting anything, or changing the signal in any other way, and that's where it starts to get difficult. 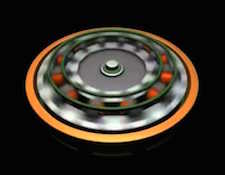 Historically, I said, hi-fi systems use cables - metal conductors with some form of insulation around them, paired and arrayed in such manner as to complete an electrical circuit - to get signal from one part of a System to another. Cables, though, are not the only choice, and I went on to mention two other approaches which had been used to achieve the same end: Optical signal transmission, which has been, more in the field of communications than in high fidelity sound reproduction, immensely successful, and "Bedini Boxes, magical-seeming devices available at one time for both interconnects and speaker cable use, that their designer, John Bedini, claimed routed the signal energy through "hyperspace" and used the physical cables NOT as conductors at all, but only as "roadmaps" to indicate to the signal at which point it should re-enter "normal" space to deliver its transmitted power or signal information. (The story of the Bedini Boxes included, incidentally, a re-telling of a tale about a demonstration at CES that didn't involve a fistfight but did end with flaming hotel carpets, so you might want to look it up!)

Copper, silver, steel and aluminum are the most common metal materials for use as cable conductors, with copper and silver being, in that order, the most likely to be used for "High-End" audio cables. Some High-End cable companies Siltech and Jade Audio for example, go farther in their quest for uniqueness or special performance and also make cables available with conductors of gold, combinations of exotic metals, or even platinum.  Even though such materials are undoubtedly unusual, just the fact that they are in the conventional rigid (fixed crystal) form makes any company that uses them in its products appear conservative and conventional as compared with some other companies which have tried using liquid metals, like mercury or the impressive-sounding combination of gallium, indium, and tin, all in liquid form, instead of ordinary wire as their conductors.

Even though they still use physical carriers, there are a number of other signal transfer mechanisms -things that look like and perform the functions of cables - that don't employ either metal conductors (not even liquid ones) or hyperspace. There's also at least one - Audio Magic that seems to take a sort of "middle" position, using "liquid polymer" for a "large center conductor", and more conventional "...copper litz ground [and] 'passive' shielding..." as other elements of its cables.

The idea of completely non-metallic conductors may sound strange and new, but they've actually been around - in the form of resistive carbon core automotive sparkplug cables - since at least the 1960s. 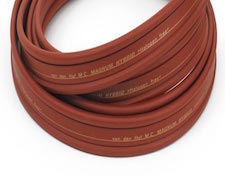 It was A.J. van den Hul (famous for any number of important audio innovations including the van den Hul stylus design for phono cartridges) who first brought non-metallic conductors to High-End audio with a number of lines of speaker cables and interconnects based on carbon fiber conductors.  When they were first announced, these new cables, regardless of any other advantages they might offer, seemed likely - following the lead of their sparkplug wire antecedents - to be highly resistive, but current van den Hul advertising claims that the resistance of that company's latest carbon speaker cables (the Third) is just a low 0.07 Ohm per meter.

If that seems low to you, consider that ZERO resistance non-metallic conductors may soon be commercially available in the form of the "doped" plastic room temperature superconductors now under development by some of this country's most advanced research facilities.

Such conductors, regardless of any other advantage that they might offer would finally and utterly - at least for themselves - remove the "R" from the conventional "RCL" (resistance = R. capacitance = C, inductance = L) calculation, and there's talk that properly developed new materials that are non-magnetic (as one would assume a plastic conductor to be) could also either eliminate or greatly reduce both self- and mutual-inductance, as well. Since RF and EMI noise is all electromagnetic, this could greatly lower the "noise floor" for High-Fidelity recording and reproduction and usher-in a whole new era of (at least electronically) noise-free listening. 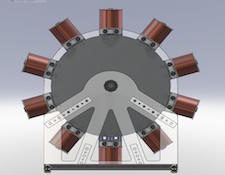 All of the companies offering (or even working on) alternatives to the conventional metal and plastic cables that we're used to claim advantages for their products or class of products over ordinary cables, just as the makers of ordinary cables claim advantages for their own products over other cables of the same kind. As to whether any of those claims - by any of the various manufacturers of any of the various types of cables or conductor materials are either true or of any merit, I have no way of knowing. I do know that superconductors - at least the ones that operate at very low temperature and have been around for more than the last 100 years offer zero resistance to current flow and that such a flow, started in a circular superconductor, can theoretically continue forever, but so what? Even with the worst conventional cable, if resistance is an important factor to you, you can cut its resistance just by using either a "fatter" or a shorter cable. No superconductors need apply. And if, as seems often to be the case, non-conventional conductor materials are more expensive than just ordinary copper - or even the ultra-pure copper that I used when I was designing cables for XLO - there would have to be some really special reason to justify using them. I personally know of no such reason.

Thus far, although alternatives to the use of cables (ordinary or otherwise) have been proposed and brought to market, none has yet caught-on with the majority of audiophiles. Maybe it's simply the fact that people haven't yet been sufficiently exposed to them; maybe it's because they're either too expensive or just more expensive than they are perceivably better; and maybe it's because they simply don't or don't yet deliver what their makers promise. I don't know, but, at least thus far, cables - "plain jane" or premium - are still what people buy to get signal from one place to another, and the alternatives show no sign of replacing them.

There are other alternatives, however, and I'll talk about them next time.