What Happened to Pop Music and When Did I Lose Touch?

There was, once a time, when armed with my little transistor radio and with a dedicated and purposeful effort, I tuned in every Saturday to Casey Casem's American Top 40 Countdown. "AT40," as it was then called, was a listing of the top 40 songs in the US as ranked initially by Billboard Magazine, and subsequently by "Radio and Records" airplay data. Billboard's rankings were based on units sold while R&R was based on air time of songs on the radio. 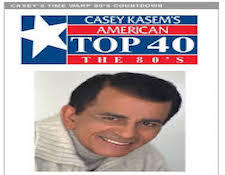 For me at the time, how songs were ranked, classified, or evaluated hardly mattered. I was only concerned with finding out which song was number one. Because my transistor radio was portable, I typically tried to escape the environs of my Father whose motivation for almost every Saturday morning generally involved me doing something I hopelessly tried to avoid. Yard work ranked up there pretty high - both from his desire for me to be doing it and my desire to not.

In those days, almost without exception I was, to some degree, familiar with every song in the Top 40. I knew all the words to the most of the songs and certainly all of the top ten or fifteen. What was also appealing about AT40 were the anecdotes Casey included along the way. More than just identifying where a song stood that week in the countdown as compared to the previous week, he often included something about the song the general public didn't know. It was very much like learning about the music that set you afire as well as just listening to a song. When I managed to avoid the lawnmower or the rake and wheelbarrow, I would listen to the whole program hoping in vain the batteries of my transistor wouldn't die before number one was revealed. Often times I was excited at the new or continuing number one, sometimes I was infuriated by the song in the top spot, and I was always elated on those occasions when my favorite song at the time was ranked highest. 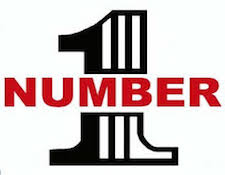 o, when just the other day, I saw a listing of the top ten songs in the US, I sat speechless at the fact that not only did I NOT know the words of ANY of the top ten songs, I didn't even know the songs. To add insult to injury, there were only three artists in the top ten whose names were even familiar to me. And none were artists I cared about or whose music I enjoyed hearing. What happened to that young teenager who waited with such desired anticipation for Saturday morning to find out who was number one? What happened to that kid?

My Dad used to call all the music I enjoyed "noise" and would often suggest that to him, every song sounded the same. He would usually then punctuate with the characterization "bumm, bumm, bumm" as his way of saying all he heard was pounding bass. He always thought I'd be better served with the melodic "onea, twoa" of Lawrence Welk or something similar. In the intervening years I've often wondered if his dedication to my yard work efforts were not some devious plan to cure me from the evils of Rock and Roll. Well, probably not - he just wanted the grass cut.

However, the fact remains that I don't know any of the top ten songs based on what ever ranking is in place today. That in itself seems additionally insulting - I don't know the music and I don't even know the benchmark by which they are ranked? 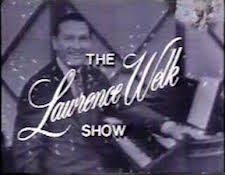 AT40 no longer exists in that format. It was taken over in 2004 by Ryan Seacrest and is now part of his radio program "On Air with Ryan Seacrest." In some sense, as an audiophile, I feel like I should recognize the music in the current top ten countdown. In a different sense I'm not concerned because, I'm pretty certain, I wouldn't like them anyway. Is that the musical equivalent of not eating a certain food because you don't like the way it looks?

While I've not yet resorted to counting "onea, twoa" it does cause me to wonder if some part of my Dad is rubbing off on me. Have I really lost touch to that degree? Am I getting older? Well, of course I am, that's inevitable. But in growing older have my musical tastes changed that much?

In writing this I paused at this point to consider what my next step should be--both from a musical sense and how I should end the article. On the one hand, I could devote myself, and the article, to trying to become more familiar with the music that fascinates young teenagers today. On the other, I could simply resign myself to the belief that I'd dislike it anyway so why bother. Maybe before I've resorted to some enlightened opinion that all of "that" music sounds like nothing but "bumm, bumm, bumm" I'll figure it out. Because right now, I'm still pretty stunned and I've yet to answer the internal question of what happened to that kid.