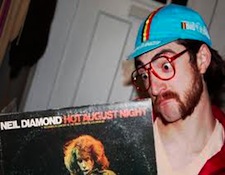 During the last couple of years of the "Vinyl Renaissance" I've read quite a few explanations for why vinyl has gained in popularity. Old-school audiophiles spout the same old "Vinyl Rules!" reasoning, that analog "sounds better." I'm sorry, guys (and the occasional gal) but I don't think sound quality is at the top most new converts to vinyl wish lists.

Given the number of really crappy-sounding turntables in the world, many of them being sold new (see my POS blog), I don't think the average young hipster who's embracing vinyl is too concerned about the sound. They are being drawn to vinyl not for the sound but for the experience.

By experience I mean act of buying, bringing home, and playing a record. And in each one of these separate acts there is one thing that differentiates buying an LP from a download - it's the non-musical information, not the music itself, but everything else that comes WITH the music. In Computer terms this is called metadata. 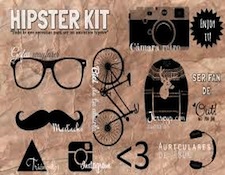 Definition time - a major part of being "hip" is knowing more than those who are "unhip." If you don't know more than the straights, you are merely a poseur, not a true hipster.

Hipsters, by definition, need to be hip, so they require more information about what interests them to retain their hipster status (in both their own minds and those of their hipster friends). That's where LPs come in. LPs have more information about the who's, what's, and where's of a recording than any download and most CDs (the exception being those boxed CD sets that come with detailed historical album notes).

I'll admit it. I'm a reformed hipster. When I hear new music that I like my first question is "Who is that?" My second is always "Who else is playing on the album?" My third question is "Who did the recording and where and how was it done?" While the first question can be easily answered by any streaming service or downloaded music file, the second, third and fourth questions on my list are rarely, if ever, answered by conventional downloads or streaming services. 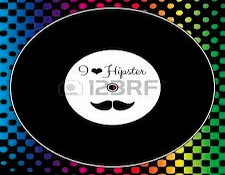 The most well-known and often used metadata source is Gracenote, which doesn't have anywhere near the depth and breadth of info you can find on your average LP jacket's back cover. That, for me, is the primary flaw with downloads and digital musical files - you get the music, but not enough information about the music.

The hipster in me wants, no NEEDS, to have all the information about an album, artist, and recording available, and so far nothing in this age of digital music has done that as successfully as an LP jacket.

Until that day when we have as much or even MORE information about the music with a downloaded music file or a streaming service than we have on the back of an LP jacket vinyl will remain the hipster's first choice in media. And I can't blame them...