Change An Attitude and Change An Industry? 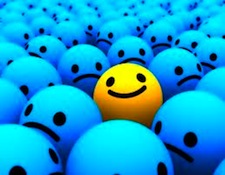 Somebody recently posted on one of FaceBook's audiophile groups that his greatest fear was that when he died, his wife would sell his system for what he had told her he paid for it.

Looking back, I can see that the writer probably intended it as a joke, but when I first read it, the term "hen-pecked" (actually something a little stronger, involving cats and flagellation) immediately came to mind, and I felt a bond of sympathy for a brother male HiFi Crazy.

Thinking further about it, even then, I realized that he was not alone: I had done something very similar with my own wife when I had one, and even with friends - unless they were fellow audiophiles - I always felt (and still do, even today) a little uncomfortable when the price of my HiFi toys became the subject of conversation.

The fact of it is that we, as audiophiles, have a problem, and in that problem may lie both a cause for, and a solution to, the present less-than-robust health and future prospects of our hobby and our industry.

Do you know what they call even the most overboard baseball, football (either kind), basketball, or racing (anything from horses to dragsters, to Formula One, to NASCAR) enthusiasts? They're called "fans". The kinds of people who spend fortunes on art, or postage stamps, or electric trains, or antique or classic cars are called "collectors". Those who spend absurd amounts of money on a meal, a bottle of wine, a piece of jewelry, or a current-model luxury automobile are called "connoisseurs." And even the woman who will buy (hopefully with her own money) the US$26,300 pair of open-toed boots that I saw displayed in "Los Angeles Magazine" a couple of months ago will just be called "fashionable."

Audiophiles, though, are commonly called "HiFi Crazies", and we, along with "Camera Bugs" and "Motorcycle Nuts", are thought of and described in a different kind of way and held in a different kind of regard. As both a HiFi Crazy and a Motorcycle Nut, I'm here to tell you that I don't think the general public pulled those views and those appellations out of their [elbows]: I think we brought them down on ourselves! 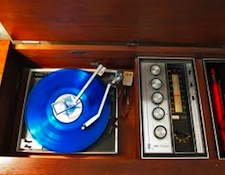 Back when HiFi started, around the middle of the last century, even as they do now, practically everybody loved music. They loved it, though, for the music, itself, and not for its sound, and because of that they were able to enjoy it even on an AM radio or on an LP or 45rpm record played with, at the very best, a sapphire "needle" on a puck-drive record changer in a Magnavox or Silvertone console. Much of their satisfaction with what they heard was due simply to the fact that - even from jukeboxes (about the only things at the time that made anything like real bass) or in the movies - they'd never been exposed to anything better. Even so, it made those of us who had been exposed to more realistic sound and had fallen in love with it feel like oddballs: Even though our sound was better, we knew we were in the minority and that we were definitely listening to the beat of a different drummer.

Like motorcyclists in an era of cars, or "art" photographers in the days of the "snapshot", we were doing something different from the mainstream: To a substantial degree, we built our own stuff, and even when we didn't, we spent more time, more effort, and more money on our music than "normal" people did and, because there was no way that we could not notice that fact (or that other people could not notice it, either), we were self-conscious and defensive about our "mania" even before 1956, when audiophiles became, at the hands of no less than Stan Freberg, the national target for gentle, but (to those with thin enough skins) no less biting, satire.

Certainly just the fact of Freberg's comment and those of other mainstream observers of the time (many of whom were, like Freberg, at least HiFi "positive", if not full-blown audiophiles, themselves) indicates that there were a lot of us and that our numbers were both growing and becoming more conspicuous. Instead of taking the public notice as a compliment, though, and a sign of growing public acceptance, or even just ignoring it, we took the "glass half empty" approach to responding, and set out to defend what even we took to be our "obsession" by telling people about its sonic merits and trying to get them to join us.

You know what I'm talking about. You've probably done it yourself; almost ALL of us have: We've tried playing our systems for non-audiophile friends and discovered (to our unexplainable amazement) that people who don't care about good sound don't care about good sound! And, instead of simply recognizing that their failure to embrace our hobby indicated that they had no interest in our hobby, we took it as a condemnation - or at least a diminution - of ourselves and of the value of our systems and our hobby and became ever more paranoid and defensive, especially as the prices of the stuff that we wanted and they didn't spiraled ever upward toward their present levels.