Last week, I received not one, but two, components from manufacturers that had been damaged in shipping. In one case the fault was with the way the component was shipped and packed. The other case was more insidious because everything looked fine, and at first the component seemed to be performing properly - only after through extended critical listening did a problem manifest itself. 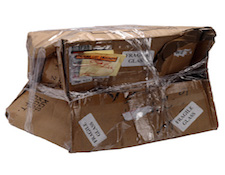 I've been reviewing audio gear for many years, and the vast majority of the gear I review comes via some freight service, be it UPS, Fed-Ex, USPS or truck. Also, most of gear arrives in good working order. And in those rare cases where something is damaged in shipping, usually the container shows some signs of abuse - I will always remember my first refurbished Visio flat-screen TV, which I purchased through WOOT - it arrived with a large hole in the box. I flagged down the delivery person (WOOT used a local trucking firm) and made him wait while I opened the box. Inside we found a spiderweb of cracks on the TV's front panel. I rejected the delivery and after a month, finally got a refund. I bought my next Visio new from Amazon with their "white glove" service. The delivery service unpacked, inspected, and plugged in the TV to insure that it was working properly before they left.

But back to last week's debacles. Both of the components that had been roughed up by shipping used vacuum tubes inside. And in both cases the tubes were left inside the components, in their sockets for shipping. In my experience, that in of itself is a bad idea. It's far too easy for tubes to work themselves loose and in a worst-case scenario, roll around and smash against something inside the chassis. But even more insidious is the amount of vibration that a tube can be subjected to while being shipped "in place." 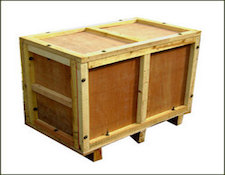 One of the two damaged components came in a wooden shipping crate. A heavy, made to be on a pallet, shipping crate. It was no longer on a pallet, and it weighed about 45 lbs. Inside the shipping crate was a precisely cut out space for the component made of closed cell foam. There was no inner box or additional cushioning besides the thick foam. And while closed cell foam is good in that it prevents much in the way of movement, and therefore reduces backlash issues, it doesn't do much to shield its contents from shocks, drops, or vibrations. When I inspected the unit and removed the foam from the inside the component itself, that had held the tubes in place, everything looked OK except for the fact that almost every hex screw that held the circuit boards, input boards, and output connectors was loose and required substantial tightening. Several screws had even fallen out and were rattling around inside. When I turned the unit on, instead of silence I heard the roar of angered electrons. I turned it off and requested a new set of tubes.

When the tubes arrived from overseas the outer box looked as if it had been through a ringer or two - it was more round than square. The tubes inside looked OK despite the damage to the now overly soft outer cardboard box. I replaced the original tubes with the new replacements and turned the unit on. Once more instead of the sounds of silence I heard the roaring of the ocean. Failure #2. At this point I called up the distributor and returned the unit. 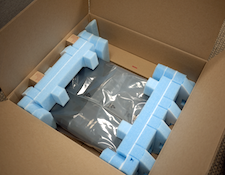 The second shipping casualty looked fine, both on the outside and inside its double-boxed hard cardboard shipping container. It turned on and was silent when it should have been silent, but during playback I heard some slight distortion during dynamic peaks that was an additive low-level ringing in the background. I opened the unit up and checked the tube's fit - no issues there. But somehow, somewhere, something had been knocked out of whack. In this case the distributor wanted to see and hear for themselves what the problem was, so I packed up the unit and returned it.

In both these cases the problems I encountered could very possibly have been eliminated if the tubes had been packed individually and carefully in their own protected boxes. Tubes are glassware. They need to be packed as such.

The takeaway from all this is pretty simple - if and when you ship any electronics that use tubes remove them from the component and pack them carefully and separately in their own, well-cushioned box. Never, ever, leave the tubes in their sockets.

For manufacturers and distributors my other modest proposal is to perform drop tests on your shipping containers with the component inside. If it can't survive being dropped five times from three feet onto a hard surface it isn't packed well enough. Also if your component's screws won't stay in place after ½ hour on a shaker table, maybe it's time to use a bit more locktight on your screws...

One more tip - if you have a component that has a heavy side and a light side, put the heavy side down and brace it. I'll never forget the Harman Kardon Citation II power amplifier that I bought that had been packed in nothing but shipping peanuts. During the trip from point A to point B it managed to turn completely around inside the box so the transformers were resting against the cardboard bottom without any cushioning and had also managed to partially pull themselves off the chassis. The separately boxed tubes were fine, but the amplifier was, cosmetically speaking, toast.

My final shipping tip - always pack components as if someone was out to damage your audio gear - because the practical reality of things is that someone will try, and if you give them any openings, they will succeed.