Another View of CES 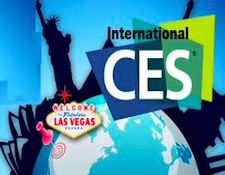 I'm writing this on January 6, 2014, the day before the start of the 2014 International CES, and I can already tell you what's going to happen: First off, you can take it as a given that the audio exhibits at the Show - every single one of them, without exception - will either sound "awful" or will be said to. That includes not only the High End exhibits at the Venetian, but also all of the audio exhibits in the open display areas of the South Hall of the Las Vegas Convention Center and in every one of the rooms at the T.H.E Show, which competes with CES at the Las Vegas Flamingo Hotel.

A lot of those exhibits actually WILL sound pretty bad, for one or more of any number of reasons: It might be because of the size or shape of the room, itself; or because of the lack or ineffective use of necessary acoustical treatments; or because of hurried or unskilled or unthinking set-up by the exhibitor's staff; or simply because there's no way in the world that anybody is going to make a crowded room or an open area at "the zoo" (the Convention Center) sound good, regardless of what they do, how well they set it up, or whatever they might use to try to improve its acoustics. It might even be because the equipment, itself - the goods on display - just aren't all that hot.

Whatever it is; if it sounds awful or even if it sounds terrific, the exhibitors are going to complain about the room. They HAVE to: If the room really does sound bad, that's their excuse for why you should like their products and want to buy or review them anyway. And if it DOESN'T sound bad, they're still going to say that it does, because, as the sales people will tell the press and their prospects, "...if it can sound this great even in a room this awful and this poorly set- up, just IMAGINE how great it will sound in your own reference system, your store, or your customer's listening room!" 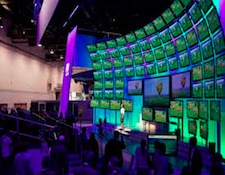 Creating negative expectations to make products seem even better than they are or to provide an excuse for disappointing performance delivered at a show or elsewhere is a trick by no means exclusive to the audio or consumer electronics industries; businesses of all kinds do it whenever they can, and often with considerable success. The problem is that a great many of the rooms or exhibits, not just at CES, but at ANY show, really ARE pretty awful, and the sound that's heard in them, with just a few rare and glorious exceptions, really ISN'T as good as the equipment that's on display to make it. That, unfortunately, makes the opportunities to "puff' their product by falsely "diss-ing" their display room less common than many exhibitors might hope.

The chronic complaints from everybody -- manufacturers, reps, distributors, dealers, "sneak-in" audiophiles, and even the press - that Shows aren't generally the best places to go to audition new toys and goodies, and that what they hear at them generally doesn't curl their toes, are generally true, so why do they all go?