A Girl, a Stop Light and the Joy of Music

Recently, while waiting for one of Charlotte's ridiculously long traffic lights, I happened to notice a girl walking down the sidewalk on the opposite side of the road. What drew my attention was from every outward appearance it looked like she was having some sort of seizure. Her arms were waving in the air and she was jumping around while walking forward. I expected to see an ambulance come screaming around the corner replete with lights and sirens to collect her and take her back to whatever institution from which she obviously escaped. 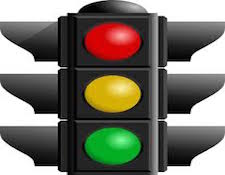 It was then I noticed the ear buds.

This girl was not having some episodic moment, she was dancing. In fact, she was singing and dancing. With her head bobbing back and forth, her arms flailing in the air, she was happily "movin' and groovin'" her way from wherever she had been to wherever she was going.

Despite my initial inclination to laugh at her, I realized she was so totally absorbed in the music that she just didn't care if she was making a spectacle of herself in the middle of the day on the side of a busy road. Rather than amusement, I actually found myself in admiration of her. What anyone at the light thought was inconsequential to her. She was having fun. Whether or not music alone was responsible for her obvious joy is unknown to me, but it was obvious she was in her own world.

I tell myself that I have an equal admiration for music. After all, I've invested in the segment of music reproduction called the high end. Much more than ear buds, I have the ability to render music to a degree that an MP3 player could never hope to achieve.

I can relax in my listening room and engorge myself in jazz, classical, pop, country, rock and roll or Zamfir on the pan flute if I so choose. I can listen softly, loudly or whatever level suits me. Regardless of the musical genre, I can reproduce music with the sonic excellence that only high-performance audio may achieve. This is what I tell myself. But I have never felt compelled to go dancing down the street because I was so much in awe of what I was hearing. Maybe I have something to learn from this girl and her apparent complete and total enjoyment of music. 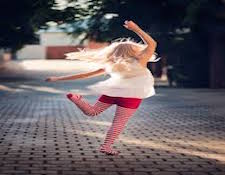 Is it possible that I as an audiophile and we as an industry periodically blind ourselves of the ultimate goal? The goal of music? Are we devoting so much time and effort to the entire minutiae of high performance audio that we place our enjoyment of music as a secondary consideration?

I sat at the light watching this girl until the car behind me blew the horn reminding me that I should go. Upon crossing through the intersection I looked in my rearview mirror and saw that she had just done a 360-degree spin move and raised her arms in a "Rocky just won the fight" pose. To know that music can bring such joy.

Or maybe something more than music?  Who knows? I guess you just had to be there.