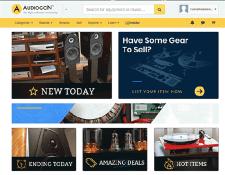 Let me be clear right out of the gate that the word "disruptive" isn't meant to be pejorative whatsoever here. Audiogon.com is effectively the well-established eBay for audiophiles. The site may retain a retro-ugly design language as if they somehow still employ a graphic artist who never evolved past sites such as GeoCities. Audiogon's web technology isn't anything game-changing by modern standards, either. But the site is fully automated and pretty rock-solid today, and the truth is, it's hard to imagine the audiophile hobby as it presently exists without audiogon.com.

There was a day in the long-long ago when audiophiles sold their gear to their dealers or in the back of a printed Stereophile magazine or perhaps in some little rinky-dink bi-monthly mimeographed pamphlet with a stamp stuck on it. This seems archaic by today's standards, but that was the way of the world until the UseNet in the mid-1990s. This crude yet compelling online listing of audiophile gear brought people with enough Internet savvy to get to rec.audio.highend (or whichever forum that you were most likely to visit) to be able to connect and often sell gear. 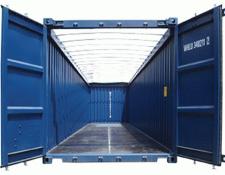 Before that, I knew of brokers here in Los Angeles who paid roughly 30 cents on the retail dollar for used audiophile gear, boxed it up, packed it into a container (like the ones on the big shipping vesicles) and sent our good old American Hi-Fi to Asia. My hippie buddy Joel would make about a 10 to 15 percent return, which he could repeat over and over again. Compare that to even a tech-based mutual fund back in the day and that's a pretty hefty return on investment.

I started AudioRevolution.com on April 1, 1996, and not too long after that - about the same time Audiogon.com came along - I built a site that was much like Audiogon called AudioVideoMarketplace.com. I must have put $50,000 plus into the project back then and while the graphics were better looking than Audiogon's, the business model simply wasn't. At the time, we charged for ads ($10 per, if I remember correctly) and focused on having AV dealer friends of ours post their used AV inventory to populate the site. Audiogon.com appealed more to the end user and at first didn't charge a thing to post an ad.

It turns out their model was a far superior one, and they gained critical momentum in the online classified space, while AudioRevolution.com (which would ultimately become AVRev.com before I sold it in 2008) was at the same time becoming successful as an online magazine for audio and home theater that made money selling online advertising while giving away reviews and other content. After a few years, I pulled the plug on Audio Video Marketplace and focused on other, more profitable ventures. 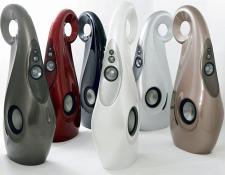 What makes Audiogon.com so powerful is their enthusiastic community. In a world where eBay.com has become the de facto standard for nearly every other possible reselling of enthusiasts goods, Audiogon.com has an aging but powerful audience that buys and buys and buys more gear. It is not uncommon to list a component and have it sold in minutes to someone just dying to own what you want to sell.

I had a Chasing Classic Cars moment years ago when a friend of mine found a 1964 McIntosh 225 power amp that I procured, had restored at Audio Classics in New York, and reviewed. Sadly, the review was that the amp was cool but couldn't hold a candle to today's amps. Not even close. But the guy in Japan who paid twice what I did for the amp (pre-restoration) didn't care. He was a McIntosh collector and the patina, provenance, and originality (I had the original box, manual, and even sales invoice from 1964) made the price worth it. 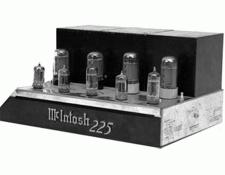 The guy in Japan was only one of many examples of where people came out of the woodwork to buy audiophile components on Audiogon.com. I know audio enthusiasts who, along with their second cup of coffee, see what's new on Audiogon.com as a part of their AM ritual. Other audiophiles that I've met religious check the "blue book" values of the components that they own almost as if they were actual securities - securities that made sound.

Some retailers claim Audiogon.com ruined the business of specialty audio. That's a bogus claim, just like saying Amazon.com ruined retail for everything else. Bad retailers ruined retail. Audiogon.com harnessed the power of the Internet to create a community that has resulted in a more liquid market for selling audiophile gear. For manufacturers who don't like Audiogon.com and/or the idea of people buying used gear, there is a simple solution - just make new gear that is way better and at an excellent price. Consumers will vote with their wallets, and if new audiophile gear performs better at a very fair price, they will buy that. Plain and simple. 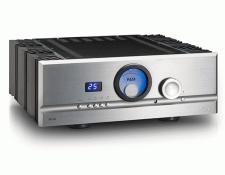 As we head towards a crossroads where the Baby Boomers will eventually hand off the hobby to younger audio enthusiasts, the legacy of Audiogon.com will likely be at the core of the future of the hobby. In the end, it is the community that is the power of the site and that community is a powerful buying force that will likely define the hobby for the next generation of enthusiasts as they continue their audiophile journeys.

How do you use Audiogon.com (if you do at all)? Have you had any success stories? Perhaps some nightmares? Share your experience on how you keep upgrading your audiophile system in the comments section below.