Audio power amplifiers have different "classes" of operation. Some are class A, Some A/B, and some are class D. Class D, which are also referred to as digital or switching amplifiers, are the newest class, and initially were used primarily in automotive and subwoofer applications. These first class D designs were not in the same league in terms of fidelity and specifications compared to the other classes of power amplifiers, especially when it came to higher frequencies, but that has changed with the most recent digital designs, but why? 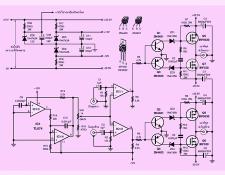 Since the 1980's Class D designs have had almost forty years of refinement and development. Since one of the more important aspects of journalism is knowing when you don't know something, and figuring out who to ask, I've gone to three manufacturers who concentrate primarily on Class D power amplifiers in their components three questions about current Class D designs...

What has changed in the design of digital or class D power amplifiers since their inception to make them into higher fidelity devices? 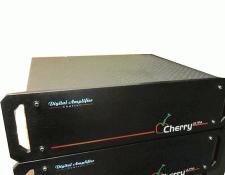 For my designs newer parts with an Increases in speed and voltage of their high power components, more creative modulator designs, better PCB layout techniques, and general experience with Class-D circuit design, better simulations, and a far better and more developed knowledge of how the circuit variables affect sound quality has made for a much better final result. We also have found ways to tweak our designs for better sound while affecting the specs slightly. For example, our Cherry MEGA can do 128dB on the bench before tweaking, and 120dB after tweaking, which is still very low noise specification.

In general, Class-D designs have benefitted from better components, but better topologies have also been developed for better performance. The "old Class-D" was done with triangle wave generators and complex feedback networks. There were so many compromises to achieve reliability and low cost. There are many more ways to make a Class-D amp now, and bench performance has improved greatly. The biggest differences have not only been in lower noise and distortion, but also bandwidth improvements.

What does your firm do to a "stock" digital circuit design to improve it?

We design amps from scratch, down to the smallest component, so this doesn't apply to Cherry Amps. We first consider the scope of the device. Is it a finished product, a board, a circuit, etc. Is the power supply external, internal, integrated, or is there something special about it? The overall topology is chosen based on the application. Half bridge, full bridge, balanced, single ended, DC or AC coupled, etc. Required audio performance, physical size, efficiency, and power level are all part of the decisions early in development. Operating temperature may dictate what components are available and their limitations with respect to packaging and cost.  That's phase one; deciding the basics, then comes the fun part... 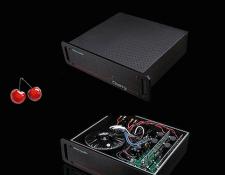 One thing that attracted me to Class-D design is that quite often, despite valiant design efforts, prototyping shows significantly lower audio performance than predicted (or targeted). So, we tend to focus on circuit simulation during the next phase. Simulation, prototyping, and testing are repeated until a circuit schematic emerges. Sometimes the simulation part is considered complete while tweaking of the hardware continues. Sometimes prototyping requires PCB layout if it's not practical to build one-up hand wired boards. After the circuit performance is considered acceptable, a finalized board (or boards) design is next. There are two basic types of testing -- design testing (verification) and production testing. Producing reliable, quality products is only possible with good production test coverage.

Much of the above is what goes into any electronic product design.  What makes Class-D special?  Well, most Class-D amps use high speed and high current circuitry.  That combination creates unique thermal, EMI, impedance, speed, and cost concerns.  Some of our amps skew nearly 200V in only a few nanoseconds!  This creates non-intuitive design complications that can be rather daunting to even the most seasoned electrical engineers.

Our first Class D amplifiers (mistakenly called Digital amplifiers-the Class D refers to the operating mode of the switching output stage-our amps are and have always been analog) used early technology dating back to 1999. These were reasonably low distortion, high-power amplifiers, their primary limitation was the noise floor that was determined by the analog input stage electronics. Our second generation of amplifiers, also based on analog switching amplifiers, had lower noise floor and distortion than the first generation. 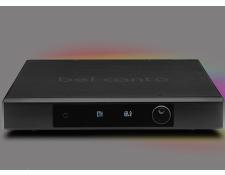 Today our amplifiers are fully discrete, low gain, analog switching modulator stages with very high loop gain over the full audio band, resulting in extremely low and constant distortion characteristics with extremely low noise and the best performance to date. They also have very well controlled switching output stages that generate a low-level clean sine wave at the operational frequency of the switching output stage (about 500KHz). This reduces the chance that the output stage noise could couple into other electronics and create interference. This architecture delivers the promise of the Class D, well control high power with very low distortion in what remains a short circuit path producing hundreds of audio watts, without the downsides of excess HF or audio frequency noise.

When thinking about Class D amplification It is important to understand that a primary driver of technological advancement is increasing efficiency, doing more work with less energy. This drives most technological advances and it always yields improvement in performance. You can see this in computing technology, transportation, communications, power generation, pretty much any technological activity. The fundamental advantage of Class D is the 90+% efficiency of the output stage. High efficiency has tremendous advantages when applied correctly in amplification, it not only correlates to improved fidelity and sound quality, it raises the performance potential of the entire design. Efficiency leads to the simple and elegant NFET switch output stage using a single pair of devices that can deliver over 500 watts into the loudspeaker with superior sound quality. The overall circuit is simpler, shorter and ultimately better than older technologies, more accurately revealing the source material. We then focus more on performance and less on managing thermal issues that have nothing to do with delivering the audio signal to the Loudspeaker. I think of the Class D power modulator block as the 21st century 845 triode. Inherently linear, transparent and bomb proof. A fitting descendant to one of the great audio power devices from the 20th century.

What does your firm do to improve the "stock" Class D circuit design to improve it?

Bel Canto now has over 20 years of experience with Class D design, we have a definite advantage in getting the most from the best amplifier technology. The beauty of the current Class D modulator architecture is that it only has 13dB of gain. This low gain, like the 845 triodes, responds well to customized voltage gain stages that make up most of the overall amplifier gain. This gives us tremendous flexibility to modify or build discrete component circuits that determine the overall sonic performance of our designs. We also address mechanical design issues, connector choices, parts choices and signal wiring as well as power supply details that all retain much influence over the subjective performance.

There are two areas of advanced development that have made a big impact:  Modulator design and Error Correction. Better modulators have reduced distortion the outset and effective error correction compensates for any other non-linearity in the circuit. Improvements in semiconductors and passive components have also played a role. But overarching all this is the application of advanced mathematics and computer modeling to create ever more precise circuits. This development work is very resource intensive and it is why most Class D amplifiers employ licensed technology. The science of developing these technologies requires a totally different skill set than that of creating reliable, cost effective, implementations of these amplifiers as consumer products. 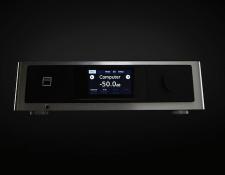 Digital Class D amplifiers directly convert PCM digital signals into amplified analog output to drive a speaker; what is sometimes referred to as a 'power DAC'. In contrast, an Analog Class D amplifier uses digital techniques to amplify a small analog input voltage into the power required to drive a loudspeaker. NAD has obtained excellent results using both techniques. The NAD Masters M2 was the first successful application of real time digital error correction, or DirectDigital feedback. Our newest Masters M33 is the first to feature Eigentakt technology, which a new and more advanced version of the self-oscillating analog Class D amplifier we call HybridDigital.

Class D amplifiers behave more like Class A in this respect (no notch distortion) but differ in that the semiconductors can quickly start and stop conducting to precisely track the input signal. This characteristic leads to highly energy efficient and cost-effective amplifier designs. But it is much more difficult to design a good performing Class D amplifier, because the switching frequency of the outputs is so high, circuit layout becomes extremely important. Very short, impedance matched traces, on multi-layer circuit boards is mandatory. Parasitic oscillations and other 'ghosts' caused by RF energy inherent in Class D require a lot of fine tuning and precision manufacture to mitigate.

What does your firm do to a "stock" digital circuit design to improve it?

Because of the complexity and precision required for a PWM amplifier it is common to find the 'brains' of these amplifiers on large scale integrated circuits, or on modules that are a building block for a complete amplifier. Some of these modules also integrate a switch mode power supply, circuit protection, heat sink, etc. providing a 'just add chassis' solution that is popular with DIY and low unit volume brands and brands that lack specific expertise in amplifiers (like speaker companies producing self-powered speakers).

NAD's technical expertise and long experience producing amplifiers has made our Class D development primarily one of collaboration with technology startups, where we have input into the design process at every stage of development, and resulting in a licensing arrangement where we often produce our own 'modules' to spec. We typically add our own 'secret sauce' in the areas of power supply design, output stage semiconductors, filter designs, and control. It is one thing to get a good sounding amplifier, but quite another to get one that is also affordable, reliable, and free of clicks, pops, and any other operational quirks.