What Will The Streaming Business Model Look Like Tomorrow?

In the Monday, March 8 issue of USA Today, an interesting article appeared in the Money section. According to the article, Spotify, one of the nation's largest streaming sites is going public as an effort to raise capital. It would seem Spotify, due to the large percentage of profit paid as royalties to the music labels, is having problems making enough money to continue operations. Furthermore, the article reported that iHeart Radio, according to earlier reports in both the Wall Street Journal and Bloomberg News, is suffering under the crushing weight of $15 Billion in debt and may be declaring bankruptcy very soon. All in all, this article was not very complementary of the business practices of streaming in general, particularly sites that offer free services. In fact, the article postulated this may well be streaming's "golden years." 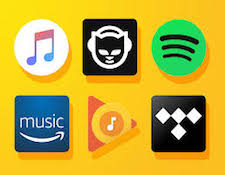 Now to be fair, one article written by one reporter for a newspaper does not mean gloom and doom for the entire streaming industry. Also being fair, the article pointed out the business model employed by services like Tidal are held in higher favor by the record companies because they do not have a free service - all their subscribers pay something. And companies like Apple and Amazon, according to the article,  can easily afford to actually lose money on streaming because of the significant profits generated by device sales and online shopping. What seems to be consistent regardless of the service is that the significant royalty fees charged by the record companies is so demanding that sustainable profit by the streaming services may be untenable over the next few years. Should that be true, where does that leave audiophiles?

Tidal is arguably the most popular streaming site among high performance audio practitioners - at least in the US. For a very modest fee of $19.99 per month, a subscriber enjoys a catalog of CD quality music from a library in excess of fifty million songs. Also included in this monthly fee and happily enjoyed by audiophiles, free MQA. It is also reasonable to expect the royalties paid to the record companies, and however the MQA deal is structured, will not be reduced, and if in fact Tidal is struggling to generate adequate and continuing profit, what will happen to the monthly fee? How many audiophiles would be willing to pay $29.99 per month for their service? Or maybe $39.99? At what point and at what cost would a Tidal subscription no longer be a monetary value? 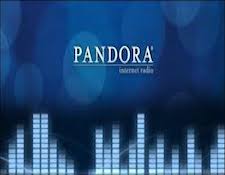 Pandora and Spotify lead the way when it comes to number of subscribers. It would also seem they lead the way in profits in the red. According to the USA Today article, Pandora actually lost $518 Million in 2017. How exactly can they continue to do that? Even if the company goes public, and manages to raise $4 or $5 Billion in new revenue, will that ensure sustainable growth for the next decade - particularly with losses so massive as presumably experienced in 2017? Is it also reasonable to expect they can add enough new subscribers quickly enough to provide a workable Return On Investment?

Streaming services are a for profit business. Of that there is little surprise or disagreement. Their entire revenue stream is perpetuated by selling subscriptions to their services and advertisement sales. Predominately, their cost basis is the payment of royalties to the record labels. Would anyone disagree that the record companies can change their fees at a moment's notice leaving the streaming services with little to say? Should that happen, what would be the reasonable reaction of the streaming providers? Commensurate higher fees for services? 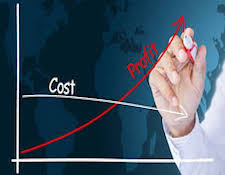 It needs to also be pointed out that none of these things have yet happened nor has there been any hint of impending disaster.  With the exception of iHeart Radio, the major streaming services have not yet started talking imminent bankruptcy. They have not yet announced an increase of their fees or a reduction, alteration or discontinuation of their services. For those who subscribe to Tidal, the phone or tablet app will still, right now today, deliver a multitude of music at CD quality or better - MQA included.

It should be noted, however, these services, particularly those used by audiophiles, owe their very existence to the record companies. And it should come as no surprise the labels have absolutely no concern about whether or not audiophiles can continue to stream music. This is big business, with big dollars and for some, pretty big profits. All of the streaming services base their sales and business model on low unit cost with high numbers of customers. For any of them to make a profit, any profit at all based on the royalty structure, millions upon millions of subscribers are vital. Secondarily would be advertisement sales, apart from companies like Tidal that do not especially generate ads. Without adding significant new subscribers year over year, can any streaming service continue to operate exactly as they do currently?

Of course, answers to any of these questions are mere speculation. It would be disingenuous to make predictions on the future of streaming especially since all of them are basically in their infancy. Given the expectation that streaming will continue to grow in popularity, even amongst audiophiles, business models and profit pictures can change overnight. Regardless, I'm certainly not going to get rid of my library of CD's just yet. Who knows what the future may hold and how long the current business model will remain in place.