What What Your First Compact Disc and How Did It Change Your World? 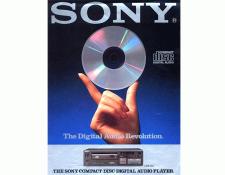 Perfect Sound Forever is what those crazy folks at Sony (and Philips) were selling music lovers back in 1982. And compared to vinyl, the Compact Disc was quite revolutionary. Despite vinyl's recent, retro-comeback of sorts, the Compact Disc was/is a far more dynamic, right-sized, durable medium that was worthy of its hype back in the day.

I remember vividly as a nine-year-old going with my mom, stepfather, and his friend, Bob Mortensen, to Manhattan for the first time from the far-faraway lands of Philadelphia - about 90 minutes away by car. 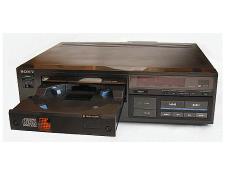 Bob and my stepfather both bought tank-like, $1000-plus Denon CD players that had that original VCR-like build quality, meaning that they were built like a brick shit-house and the unit my stepfather bought lasted for decades before finally spinning its last silver disc.

Granted, the sound quality of early compact discs paired with the low-resolution first-generation DACs and their lacking analog output left those players with the sonic subtlety of an angry cat climbing up a loose window screen. Early players aside, though, the topic of this article is about your first Compact Disc. 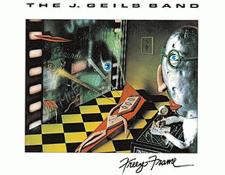 For me, I didn't have much of a collection of recorded music at nine years old, but my dad did buy me some vinyl, most memorably LPs such as The Rolling Stones' Tattoo You and J. Giles Band's Freeze Frame.

The first Compact Disc that I bought with a Sam Goody gift certificate (a foolproof gift back then) was The Dead Kennedys' Fresh Fruit for Rotting Vegetables.  As a bit of a Philly skate-punk at the time, the allure of Jello Biafra's California-punk-political stylings was pretty compelling. In retrospect, I am not sure I could have picked a worse-sounding recording if I tried. Fresh Fruit for Rotting Vegetables could have easily been recorded on a boombox's internal mic from across a garage. 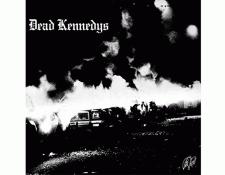 The album had a thin, edgy sound that - along with other cassette tape recordings of skateboard music, such as Agent Orange and Philly's own The Dead Milkmen - was perhaps appropriate for the genre? I was a good five years away from getting my first real audio system for my fourteenth birthday from my dad (a pair of Polk floor-standing speakers, a Nakamichi music bank CD changer, an NAD 125 watt receiver, and some Monster Cable to boot), so the audio quality on my chosen playback system, a first-generation Sony CD Discman - complete with stock Sony headphones with a bit of a short in the cable near the L-shaped connector - was anything but audiophile quality. But I loved it nonetheless.

At the time, my father owned a vacation house in Scottsdale, Arizona, and we would fly out to Phoenix from Philadelphia often, laying over in Dallas because we were somehow loyal to Delta Airlines and that was their hub. 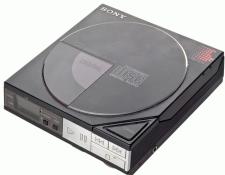 That time-wasting pitstop was quite important back in the day, as I needed to hit my dad up for a fresh pack of eight (yes, eight) AA batteries to power my Sony D-50 portable Compact Disc player. That would be enough to get me from Dallas to Phoenix as the first eight batteries were definitely dead by the time we touched down in Texas. By the time I got to Phoenix (like Isaac Hayes) I could plug in my player into the wall, but this was an era where even in First Class the idea of an AC power adaptor anywhere near a plane seat was pretty well unthinkable.

The impact of the purchase of my first Compact Disc was huge both personally and eventually professionally. I didn't have a big collection of vinyl to replace like older kids or parents, but boy did I quickly become a junkie for buying music like many of us here at AudiophileReview.com. Tower Records on South Street in Philadelphia was our chosen store for new musical procurement. My childhood best friend's dad was (and still is) a voracious consumer of classical music and he bought CDs by the dozen at least once per week at the Tower Records Classic Annex just across from the main Tower Records on South Street. 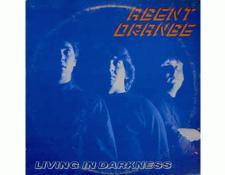 Us kids weren't as flush with CD-spending money but we would tag along in the old super-square Volvo wagon and head down the "River Drive" to hit up Tower Records and possibly Jim's Steaks nearby. When we were a little older, many a trip was made to Center City to go music shopping thanks to the local trains that left our native Chestnut Hill to train station at The Galley Mall on Market Street.

Long term, the collection of music that I was amassing was the fuel for what would become the audiophile super-car that I aspired to build. From sixteen years old, I worked in the AV business to fund not just my music habit but to buy audio gear to make my system more and more engaging. In an odd way, my music collection helped keep me from getting a degree from nearby "Trump University" (Penn), thus traveling to a post-Riot 1993 South Central Los Angeles to go to music-business school where I leaned that the music business wasn't as good of a business as it had been for the past generation. 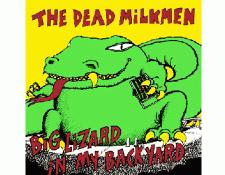 That lesson about what I ultimately didn't want to do was a powerful one inspired by my love of music and audio. Being away from a more provincial Philadelphia also helped me be in a spot where I could start an audiophile magazine with an $11,000 commission check, a black-and-white Macbook 520B laptop with a 9600 baud dial-up modem, and nowhere close to half a clue as to what I was doing. Nearly a generation later, the rest is history.

But now I want to hear your story. What was your first Compact Disc purchase? Where did you buy it? How did it sound? Did you spend big money on it? How did building a music collection effect your system and your involvement in the hobby? We want to hear from you below.