Provenance: What It Means and Why It Matters 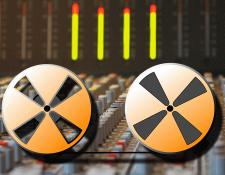 As an audio engineer and music producer, I've spent thousands of hours working in recording studios recording, mixing, and mastering the albums in the AIX Records catalog (my own audiophile label) and for dozens of other labels. I feel very fortunate that my career spanned the analog and digital eras. The younger generation of recording professionals doesn't know what it means to make an edit using a razor blade on a piece of analog tape. They have never done a tape machine alignment. I don't want to come off as a grumpy old timer, but I think it's important that everyone recognize that the recording and reproduction of music has changed dramatically during the 40 years I've been working in the field.

My first studio was housed in my converted garage and consisted of a 3M-56 2" 16-track analog recorder/reproducer, Yamaha PM-1000 console and a variety of analog signal processors. When I switched to mastering compact discs, I migrated away from analog equipment to one of the first Sonic Solutions CD PreMastering workstations. It ran on a Mac II personal computer, required four megs of very expensive RAM ($1800 at the time) and two 650 MB Maxtor hard drives ($8000 each). It was a different era and personal computing wasn't cheap. 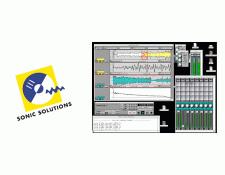 AIX Studios, the final iteration of my studio, was housed in a $250,000 Non-Zero Architecture designed 30' x 25' x 12' room and was equipped with a Euphonix all digital console, Euphonix R-1 96/24 PCM recorder, Benchmark Mic Preamps, ADCs and DACs, Bryston Amplifiers, and B&W 801 Matrix III speakers - five of them to allow for surround mixing. There were a couple of very expensive Meridian pieces in the equipment rack: a DVD-Audio player and Processor thanks to the generosity of MQA inventor Robert Stuart. He loved the sound of my early DVD-Audio recordings. I held on to my Nagra IV-S portable reel to reel machine and QGB, the attachment that the unit to use large 10.5" reels. I had it all. My room was as good as a professional studio could get. And no, I didn't use expensive power cords, interconnects, or speaker wires. We made our own cables from Mogami, Canare, and Belden source materials and Neutrik or Canare connectors. 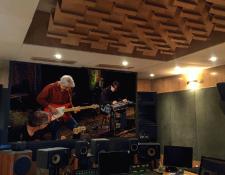 I've felt fortunate to have worked in a variety of audio-related jobs. I've worked as a boom operator for film and television with one of the best production sound mixers in the business, the late Mike Denecke (the inventor of the timecode slate). During the 1984 Los Angeles Olympics, my close friend and college buddy Peter Otto and I headed the audio team responsible for the associated arts festival. Every day for a week, we setup for a different concert involving multiple artists, did sound checks, ran sound through the concert, and torn the whole thing down for the next evening's concert. I've worked in commercial multitrack recording studios producing pop/rock albums, recorded hundreds of live recitals and concerts in stereo straight to my Nagra or DAT tape, ventured deep into the hinterlands of Haiti to capture Voodoo music rituals on analog tape, done ambient recordings in the Costa Rican rainforest, and mastered hundreds of albums for clients like Bad Company, The Allman Brothers, and the San Francisco Orchestra. 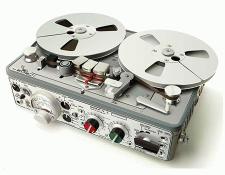 In 2000, I founded AIX Records as one of the first high resolution record labels. That was the year that DVD-Audio was introduced. SACD, Sony's competing format for "hi-res audio", Super Audio Compact Disc, had arrived a year earlier (but without the 5.1 multichannel capability). I remember seeing an SACD player under a plexiglass cover in 1999 in Chicago at an audio tradeshow. The dawn of high resolution was upon us and I wanted to be a part of it. I bought a Panasonic DVD-Audio player and invested in the software tools needed to make DVD-Audio discs of my own. I acquired an MLP (Meridian Lossless Packing) encoder and upgraded my authoring tools.

While the major labels were busy reimagining many of their classic albums in surround sound for release on the new formats (DVD-Audio and SACD), I chose to record, mix, and release new recordings actually captured in hi-res at time of the original sessions. It stuck me as odd that Queen's A Night at the Opera and Fleetwood Mac's multi-platinum Rumours were being marketed as hi-res audio when the recording technology used in the studios where they were produced were 24-track analog tape machines -- decidedly NOT hi-res audio capable. Analog tape machines -- even the best decks and first-generation tracks -- could deliver, at best, 60-72 dB of dynamic range without Dolby or DBX noise reduction. 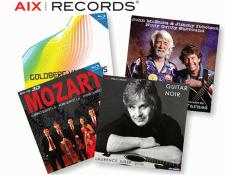 Those methods can improve those numbers some, but analog tape has very real limitations. For comparison, a compact disc can achieve a signal to noise ratio of about 93 dB (with dither). How was it possible for Warner Brothers to claim dramatically enhanced audio fidelity for these albums when the digital delivery bucket (96 kHz/24-bit PCM) being sold to consumers anxious for new DVD-Audio discs, far exceeded the fidelity of the analog master tapes? In other words, the fidelity of the original analog masters isn't improved by simply digitizing them at 96 kHz/24-bits. The fidelity of the original analog master tape (if they could locate the master -- many times the transfers were done from safety copies!) was the same whether released on vinyl LP, reel to reel or PCM digital. In fact, I knew at that time that a compact disc could comfortably capture all of the fidelity of those third-generation analog tapes. Why was the music and consumer electronics industry ignoring the provenance of the recordings they were releasing on DVD-Audio and SACD?

Provenance. I believe I was the first to associate that term with the production history of a music release. The term is routinely used to trace the record of ownership of a piece of fine art or a specific wine vintage. However, the dictionary definition of provenance includes: "the beginning of something's existence; something's origin." It's critically important for audio consumers to understand that the fidelity of an individual recording is determined when the original recording was made and cannot be improved during subsequent mixing and mastering stages. Audio engineers do have an array of digital restoration tools available that can reduce noise, lessen distortion, and eliminate clicks and pops, but the original "core" fidelity is only marginally improved. It is impossible for an analog master tape made in the 1960s to achieve the same level of fidelity as a modern digital recording. No matter what the marketing people say, every analog recording was recorded on standard resolution equipment and will forever remain a standard resolution recording. Making them available in hi-res audio bit buckets doesn't change the fidelity at all. And it doesn't make them hi-res audio.

Of course, that's not to say that there weren't lots of wonderful sounding analog recordings captured during our analog past. And having them available as digital downloads or streams is wonderful. But they still have the same fidelity as they had back in the 50s, 60, or 70s. However, the potential of today's digital recording and reproduction systems to produce recordings of higher fidelity is undeniable. Anyone -- casual audiophile or celebrity writer -- that claims vinyl LPs, cassettes, or analog reel to reel tapes deliver greater fidelity than a well-made PCM digital recording is simply wrong. There is no debate. You may prefer the "sound" of an older analog recording reproduced on vinyl or on tape but the specifications in every category favor PCM digital. Personal taste aside, analog recording simply does not measure up in spite of its renewed popularity.

During the several years that I was a member of the CEA (now renamed the CTA) high end audio board, we struggled with the definition of "hi-res audio" and how it should apply to both hardware and software. As I discussed in my previous article (The Truth About High-Resolution Audio: Facts, Fiction and Findings), the CEA board, record labels, and other organizations agreed on a definition AND an associated group of Master Quality Recording categories. The idea behind the Master Quality Recording categories was to identify the source or "provenance" of an album. 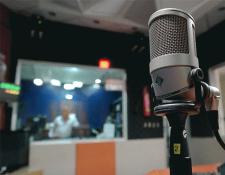 The descriptors for the Master Quality Recording categories are as follows:

MQ-A
From an analog master source

In reality, no one actually adopted the categories listed above. Maybe it was because a couple of them contradict the very definition of "hi-res audio." Take for example MQ-A (no, this is not the same lossy encoding process being promoted by hardware and software companies). The industry wants us to believe that any analog recording from any era if digitized at 48 kHz/20-bits or higher qualifies as "hi-res audio". So, if I take an early Edison cylinder and digitize it using my 96 kHz/24-bit ADC, can I sell it as "hi-res music" and use the "hi-res audio" logo? Obviously, to do so would be wrong and misleading. Yet, this is exactly what so many "hi res audio" downloading and streaming sites are doing right now! The provenance of the vast majority of albums being offered on Amazon Music HD, Tidal, HDtracks, Qobuz, and other services is NOT hi-res. We cannot ignore the production side of the process and limit our focus to the sample rate and word length of the final digital delivery container. But that's what the music industry is asking us to do. Don't be fooled. 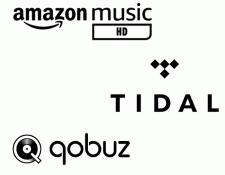 Another one of the Master Quality Recording categories is oxymoronic. From the original 2014 press release, High Resolution Audio is defined as "lossless audio that is capable of reproducing the full range of sound from recordings that have been mastered from better than CD quality music sources (NOTE: Writer's emphasis)." So how can MQ-C coexist with the definition above? If the source must be "better" than CD quality, then how can a CD source ever be considered "hi-res audio." The press release was intended to "convey a clear message" with regards to the definition of "hi-res audio." It failed miserably and we are still living with the consequences today. And we're spending unnecessarily for "hi-res audio" that is actually standard resolution.

The original recording format or provenance of a recording matters much more than the specifications of the final delivery format. A lousy sounding recording in a high-resolution digital bit bucket will still be a lousy recording. And a wonderful recording captured on analog tape can and will sound as wonderful as ever as a digital download, stream, or pressed on a compact disc. But it won't sound better than a CD version of the same master and it won't ever be a hi-res audio product no matter what the industry marketing types, or other uniformed "experts" try to tell us. Provenance matters. In fact, the skills of the original recording engineer, the studio and equipment, and the producer are the most important factors in establishing the fidelity of an album or track. The distribution format, the sampling rate, word length, and any marketing jargon are less critical.

The HD-Audio Challenge II is coming to an end. If you are curious whether you can pick out a native 96 kHz/24-bit recording vs. a CD spec downconversion of the same track, please visit the challenge website (click here) and sign up. I'll send you the credentials and allow you to download two versions of 20 full length tracks from the AIX Records catalog. Listen to them at your leisure, on your system, and report back what you find. Already, thousands of audiophiles have requested the files and hundreds have submitted their results. Don't miss this opportunity. Thanks.