Inevitable though it may be, getting older, at least in some respects, has certain advantages. For one, some things are often viewed with higher clarity - those pesky indecisions of youth being mostly resolved. For another, preferences seem to be more mapped out. In my teenaged years, for instance, my likes and dislikes changed on almost a daily basis. From cars to girlfriends, to foods I loved or hated, to clothes, to all manner of things, I had yet to obtain the benefit of age, wisdom, and maturity to develop the preferences I now have as an adult. While changes these days in my preferences are obviously certain, my core interests seem to be pretty well defined. Not surprisingly, a certain amount of what I loved as a teenager holds little value today. Equally obvious, I now have interest in things in my adult years I certainly couldn't have cared less about as a kid. 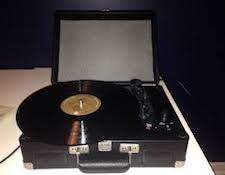 One of my more prevalent consistencies, from youth to adulthood, has been my continuing interest in music and high performance audio.

While I have grown in some respects musically, namely classical and country, the artists I liked as a teenager, initially rock and roll and later jazz, I still to this day enjoy.

When I hear some of the older groups whose songs held such noted meaning so many years ago, I still hear them, in some respect, as that wide eyed teenager of yesterday. I remember how those songs made me feel, whether it was simply liking a song, or any of the trials and tribulations so pervasively common with the average teenager. Whatever consistency with which I live my life today, changing my mind with decided frequency is how I started. Except, oddly enough, when it comes to music and playback systems.

Music of my youth was there for all of of those life changes and is likely the reason I still attach a feeling of serenity and contentment hearing them as a middle aged man. No longer blessed with the predominance of my life ahead of me, I now have the luxury of hearing the songs and groups of my past with some measure of nostalgia. If, I suppose, that condition may be termed a "luxury." 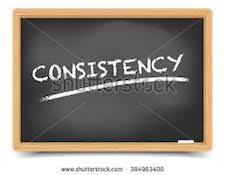 What is perhaps even more amazing is some of this same music, most of which is easily thirty years old, has the fortunate opportunity to influence a completely new group of young people. When the groups of my past, some of whom have been together for decades, head out on tour, sure, they are playing to the middle aged (and older) people who grew up with them. They are also, in many cases, playing to a new generation of youthful fans, influenced perhaps by their parent's likes and preferences, or maybe found on their own. If I suddenly found myself in my sixties and still playing in a rock and roll band, I have to believe I'd be energized to see a bunch of teenagers in the crowd yelling and jumping around in absolute joy. I believe this would pick me up despite how tired I might feel, or the fact that the adults in the crowd are just sitting in their chairs nodding their heads back and forth.

Music has, in many ways, become a timeless escape. I can sit and not only hear the music of my youth, I can also see in my mind's eye what that same music meant to me so many years ago. I heard a song recently on satellite radio and remembered how much I enjoyed that same song when I was in high school - not to mention the memories the song invoked. It seems all those years hasn't changed what those songs meant to me then, and now. I also have the happy fortune to incur experiences with the new music I hear and enjoy today. 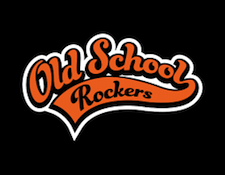 In concert with the music is the playback system. I was consumed with high end audio from the time I was fifteen years old. Then as now, I looked for music to play on my audio system. I read what was possibly the premier audio magazine of the day and pined over many of the components about which I read. While I can now as an adult afford the system about which my my fifteen-year-old self could only dream, having interest in something new I've read about or seen is still part of my high end experience.

When I look back at how my likes and dislikes have changed since I was a young teenager, I can see how dramatic some of those changes have been. Other interests have "modified" to some degree and some have not changed all that much. I disliked Brussels Sprouts as a kid and I still do.

Perhaps one of the most consistent things in my list of life preferences are music and audio systems. Perhaps that is yet another reason why I am an audiophile - because I've literally grown up consumed with everything the hobby has to offer. While audiophiles tend to take listening to music quite seriously, the real gift of music is that it may be enjoyed by all, regardless of the genre, when it was written, or how it is delivered.