Dealing with the Cost of Audio Gear 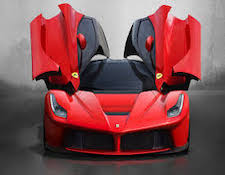 Bought a Ferrari lately? How about a Patek Philippe watch? Maybe a bottle of Egon Muller Riesling wine? Well, if you are not especially disposed of spending several hundred thousand dollars on a car or a watch, or $35K for wine, chances are you haven't.

But how do you feel about those that do?

I have a friend who loves sports cars. He has also been fabulously successful in life. He has, at current count, seven automobiles, all of them high performance sports cars. One is a nice shiny red Ferrari that is a real kick in the pants to ride around in. This is an automobile where an audio system and talking are not necessary. That magnificent Prancing Horse V-12 right behind your head is about all the sound one needs. 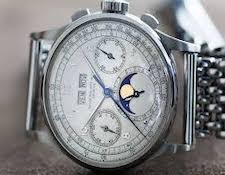 I do not have a Ferrari. I do not really want one although I will admit it would be a fun toy to have. I do not have any hard feelings, however, towards my friend because he does. I don't criticize people who invest unheard of sums of money in watches, wine, art, or anything else. Why then, is high performance audio criticized because of how much equipment costs?

Okay, yes, we have speaker systems costing as much as a house. Cables costing as much as a car. Amps and other components costing so much it becomes baffling. To anyone who is not an audiophile it's hard to understand how a speaker cable could cost $40,000.00 when a pretty nice car could be had for the same amount. Equally difficult is explaining the logic behind a $250,000.00 amp or a $600,000.00 speaker system. Pretty hard to do, right? Oddly enough, such reasoning is decidedly difficult even within our own hobby.

Maybe I'm mistaken but I don't see similar vitriol leveled at sports car enthusiasts for owning a hyper car by people who are not car enthusiasts - let alone by those who are. If a car, watch or bottle of wine for me is just a normal everyday thing, I don't think someone who loves one or the other is crazy for spending what they do on something I cannot justify. Why then, is one who chooses to use a $40,000.00 speaker cable be so easily vilified? I expect derision from those outside the hobby. Why does it frequently happen inside the hobby? 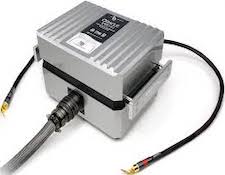 All audiophiles know and understand the cost of owning a world class audio system. For some, probably many, attempting to justify the cost of a speaker costing as much as a nice home is pointless. But if affordability isn't a problem, why criticize anyone for doing so? Let me also add I don't own a $600,000.00 speaker system, a multi hundred-thousand-dollar watch or routinely drink $35,000.00 bottles of wine. I do, that being said, have a significant amount of money invested in my audio system.

My friends know me well enough that they have effectively stopped commenting about the cost of my system. They enjoy hearing it strut its stuff from time to time but basically, they are pretty ambivalent towards my system. Regardless of what they may think or say, I must believe if I rolled up in my driveway with a new red sports car from Maranello, Italy, they would be happy for me. They would not, I suspect, start calling me names and criticizing me for spending so much on a car when a subcompact worth $15K will get from point A to point B just fine. There's the rub - the sports car is not especially about getting from point A to point B, it is about the driving experience. A high performance audio system is not about simply hearing a song. It is about a listening experience and the emotional connection it creates. 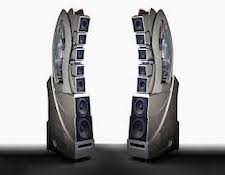 In my estimation, the cost of world class sports cars, super luxury watches, or such extravagances carry with them an accepted level of cost. We don't necessarily criticize anyone with the temerity to buy a Ferrari. We accept the fact that maybe we cannot afford one ourselves, or even if we can afford the cost, perhaps we are not that interested in sports cars. Why then are audiophiles typically very critical at the cost of hyper expensive audio gear?

I realize not everyone can afford a multi hundred thousand dollar audio system. Even those that can may not be especially desirous of such a system despite being an audiophile. It is also commonly understandable that even possessing a detailed, intimate knowledge of exactly why some audio components cost what they do, it still does not mean everyone will want super expensive audio gear. What does surprise me is the level of contempt, from within the audiophile community, no less, at those who have made large investments in the cost of audio gear going beyond what is considered an entry level, budget price. 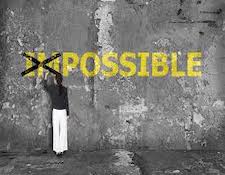 I champion my friend for owning a couple million dollars' worth of luxury sports cars. He is also a wine enthusiast and has two large wine cellars in his home. I love to go for a ride in one of his sports cars. I also enjoy the smoothness and richness of an excellent bottle of wine. I do not think my friend foolish for having what I cannot or would not want even if I could. Likewise, he has heard my system and despite being absolutely mesmerized by the sound and being able to easily afford one of equal value, audio is not his thing. By no means, are there any criticisms either way because of the high cost of our chosen hobbies.

Maybe it's time to give expensive gear a break. Rather than deride the cost of audio gear, maybe audiophiles should embrace the ability of designers to do what to so many commonly believe is the impossible. Maybe we should champion the assault on sonic excellence and be thankful there is something actually better than simply average - regardless of the cost.