This Is Not An Obituary, It's a Love Song - Part 2

Here we continue our look back on some of the artists and producers we lost this past year.

As I explained in part one, I am sharing here not only some memories and thoughts about key recordings relative to these artists, but I also created a companion playlist for you, Dear Readers, to listen to while perusing this... music to perhaps give one a bit of pause as we all inevitably find ourselves at some point contemplating life, love, music and everything else which makes our human experience unique.

The order presented here is based entirely on the sequencing of my playlist. You can find the playlist by clicking on the link here.

Also, if you click on the name of each artist mentioned below there will be links to Amazon where you can find the music on line, should you decide to pursue more of their music. 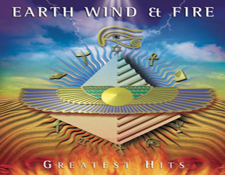 Please note that I have not included everyone because, well, there are so many.... And there are some artists who passed whom I am not familiar with, so there is no disrespect intended.  Actually, it really is out of respect that I focused on those who are on my radar versus writing something hollow about someone I didn't know much about.  That said, there are more than enough of them here -- sadly, way too many for one year.  We're not only touching on some of the bigger names here, but also some who were behind the scenes or who played a crucial part of the sound of a group or artist.  There are so many, and this list is far from complete.  That said, on this playlist (and across these two articles) we look back on 27 artists, singers, musicians, artists and producers spanning 26 songs. Many lifetimes of melody and memories...

Maurice White -- I admit, I was not a huge fanboy of Earth Wind and Fire back in the day, but their music was on the radio all the time and I have no doubt grown to appreciate their sound, the songs and their overall vibe.  Without Earth Wind and Fire would we have ever gotten to P-Funk? I chose a big hit for the play list, "After the Love Has Gone," which felt appropriate for this tribute. 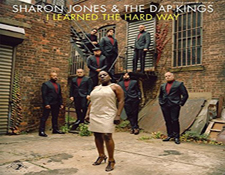 Sharon Jones -- This is one of those songs that really hurts me because, frankly, I was just getting into Sharon's music more when I heard she had passed away.  I was late to the party, so I only have one of her albums but need -- and will no doubt be getting -- more of them. This song is just so wonderful, "Give It Back."  We won't get her back, but Ms. Jones' music lives on and her influence on stirring up a renaissance of classic soul music will continue to be felt for years to come. 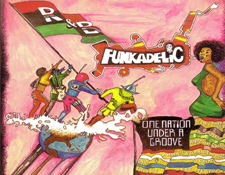 Bernie Worrell -- I feel fortunate to have seen this legend at a small club here in the San Francisco Bay Area several years ago, a special show where Jerry Harrison from Talking Heads joined Mr. Worrell on stage for some tunes together. But it will be his work with the likes of Parliament-Funkadelic that will remain a source of ongoing inspiration for many musicians around the world. I chose a tune for the playlist from one of my faves from Funkadelic's many 1970s gems, the title track from One Nation Under A Groove. 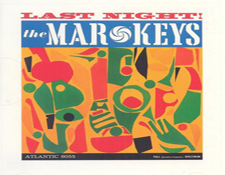 Wayne Jackson -- The trumpet player from The Mar-keys passed on this year.  What's that? You don't know who The Mar Kays were? Well... they were the legendary session players who, along with Booker T and the MGs, played on many -- if not most -- of the Memphis made hits on Stax Records from the 1960s. If you own records by Neil Diamond, Elvis Presley, Al Green, Otis Redding and even Dusty Springfield, chances are you've heard Mr. Jackson. Included here on the playlist is a live version of their smash instrumental "Last Night" which I'm quite sure you'll know as soon as you hear it. 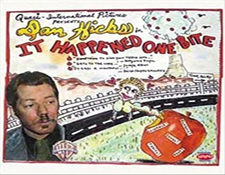 Dan Hicks -- A San Francisco jazz folk pop legend and rock pioneer, Mr. Hicks was a member of The Charlatans, considered one of the first bands of note on the emerging San Francisco psychedelic music scene of the mid-late 60s.  Most of his albums I've heard and own are quite good fun. Many people know him for songs like "I Scare Myself" (which was even covered by Thomas Dolby!).  However, I have included a jaunty little swingin' number from his 1978 album It Happened One Bite, which was my introduction to Mr. Hicks and his music. "Crazy Cause He Is" sounds like a lost soundtrack for a Betty Boop cartoon that never existed. Fun stuff! 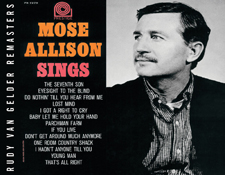 Mose Allison -- A legendary songwriter and performer whose songs have been recorded by the likes of The Who, John Mayall and many others, I have chosen a song which was the one that spurred me into collecting his records: "Your Mind is On Vacation (But Your Mouth Is Working Overtime)."  I first heard this song done by Elvis Costello (its a bonus track on reissues of his King of America album) and Elvis also recorded Mr. Allison's "Everybody's Cryin' Mercy" on his Kojak Variety covers collection. Mose's music offers many riches but mostly its about the nifty melodies and clever wordplay. 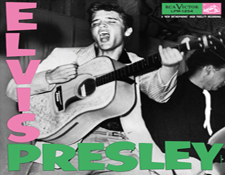 Scotty Moore -- Elvis Presley's original guitarist.  Wow. You can't understate the influence this man had on millions of musicians around the world. Just listen to his solo on "Heartbreak Hotel," Elvis' first million seller and a chart topper for weeks on end.  If he'd only recorded that solo he would have gone down in history as a legendary influence, but there was more. Much more...