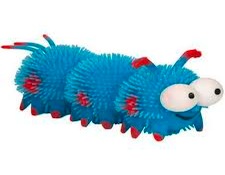 People ask me the same things all the time about my music collection:

a. How do you listen to them all?

b. Why don't you just digitize them and carry them all on your phone?

c. Isn't it easier to just find music on Amazon or eBay than to go shopping for it in a store?

My answers are all fairly well thought out:

1. I do listen to them, eventually!

2. I have too much music to digitize everything and, besides, I like the physical releases which are often easier to put on than cuing up a digital file.

3. No, it's not necessarily easier to shop for things on line and more importantly its generally not as much fun!

Fun, in fact, is really at the core of my music collecting hobby. I started collecting records as a kid after falling in love with a song I heard on the radio and then not being able to hear it again right away. I discovered the frustration of having to wait until they played it again, sometimes hours or days! In the interim you had to endure endless commercials and boring news reports. Bleh.

At age five I bought my first single and there began a journey into music obsession that has taken me happily into (gasp) middle age. I loved the thrill of going into a music candy store that held all this joy on 7-inch and 12-inch black licorice colored discs. I still get a buzz going into a good music store, be it Rooky Ricardo's Records in San Francisco or Scotti's Records in Summit, New Jersey.

I have no regrets about collecting music. There are certainly worse things one could get addicted to! And its not like I only "do" music (tho' it must seem that way to many); yes, I like to travel, go to concerts, museums, movies, theater, hiking, shopping and love going out to restaurants (I'm a foodie).

Music is however a continuum in my life, a happy balance that chases away the blues, raises the happy factor at parties and offers a soundtrack to my day to day life. I love music so much that I started writing, recording and performing my own original music.

That soundtrack is forever surprising me with wonderful and weird discoveries, old an new. Many of the coolest obscure recordings are very out of print yet not necessarily "rare" in a collectors sense pricing wise -- they are affordable if you want to pick them up.

In fact, here are some recent finds -- both in and out-of-print -- which you might enjoy (and can probably purchase easily with the money in your pocket): 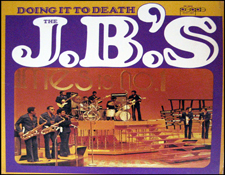 Doin' It To Death - This album by The JB's is really just an extended slab of James Brown jams featuring one of his smoking early 70s band. This $13 reissue is pressed on pretty and mostly-quiet purple vinyl which matches the original period labels on the obscure People Records label. My copy came admittedly a bit warped, but it plays fine and since I'm not likely to find another purple copy any time soon, I'm holding on to it for now. The grooves are what this one is about and worth the price of admission for the 10 minute title track. Try not to dance around on your listening room playing this funky good time disc. 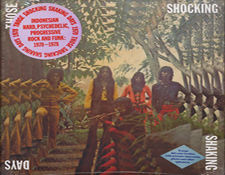 Those Shocking Shaking Days - I bought this compilation on CD a year or so ago at the recommendation of one of the guys working at Streetlight Records and became an instant fan of this collection of vintage psychedelic rock from the 1960s and early 70s by artists in Indonesia! The album was recently reissued on vinyl and the three -- count 'em, 3! -- LP set sounds really nice on well centered, quiet and rich black vinyl. It sounds noticeably better than the CD and only cost $25, which is very fair. It also comes with a download for the whole album and the 64 page booklet from the CD. That latter point is the only disappointment. I have to keep the CD now just for the nicely done and informative book. But if you dig reading things digitally, maybe the download will suit you fine. 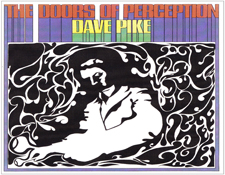 The Doors of Perception - No, this isn't an album by that band, but is a cool slab of 1970 trippy pop jazz by a fellow named Dave Pike who apparently came to prominence playing with flautist Herbie Mann (who produces this). Released on the obscure Vortex Records subsidiary label of Atlantic Records subsidiary Atco Records (got that?), this reissue comes on thick (perhaps 180 gram, though not marked as such) well centered and mostly very quiet black vinyl and only cost me $12 new. That it features alto sax legend Lee Konitz should be enough for many people to seek this album out but its really a fun disc, with some swinging post 60s jazz themes as well as more out there improvisations and jams. Cool stuff.