I'm not sure how you, Dear Readers, feel about sampling these days. Sampling? You know ... that digital recording process where a DJ or remix engineer grabs a snippet of another, usually much older, recording, and by duplicating or "looping" it, that snippet becomes the base for a new recording by a modern-day artist to perform over (singing, rapping, playing instruments, etc.). 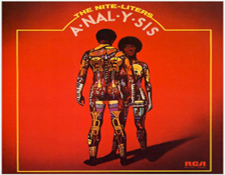 In the early days of sampling, the artists getting sampled didn't get much if anything out of the process but that changed quickly and now royalties from samples used in hit records are a common and lucrative income stream for many an artist.

Lately I have begun to realize that one side benefit of sampling is that it has become a sort of test market for the owners of the back catalogs of many lost artists who created grooves and sounds so unique and slinky that a new generation has been rediscovering the original music.

I consider myself part of that new generation because in the last two years I have picked up quietly released reissues of records by artists I'd never seen on LP before (such as Funky Nassau by Beginning of the End and a slew of releases by Young-Holt Unlimited -- writers of "Soulful Strut" -- that proved they were more than one-hit-wonders). In some cases I have discovered music I'd never even heard of before (such as Skull Snaps and the Lost Generation).

All of these groups have one thing in common: They were marketed to a fairly narrow audience back in the day and -- for the most part -- their music has been unavailable on vinyl or even CD for some time. 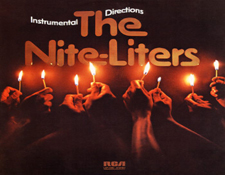 Now I admit I am a bit old-school in how I like to shop for music; browsing the Internet is not typically how I do it. I prefer getting my stocky little self down to a favorite record store and get into the crates and bins to dig for buried treasures. One of my favorite places to do this here in San Francisco is at a place called Green Apple Books & Music. They have turned me on to a lot of really interesting music in recent years, some of it simply because they had copies of these obscure album reissues in stock selling for a fair price. And by a fair price, I mean well under $15 for a new reissue of an old record. Not necessarily audiophile but still "new" and "sealed" and typically featuring period accurate labels and decent-quality cover art.

In fact, sometimes it's just the cover art that grabs my attention to take a chance on the music within. I've long said that the music industry's biggest mistake was not the transition to the compact disc but the abandonment of the 12-inch square album format. The music business lost a huge piece of advertising "real estate" within the context of a music store when they gave up the large format album cover.

Come on, I know there are at least few of you out there who bought an album simply because it looked "cool!" 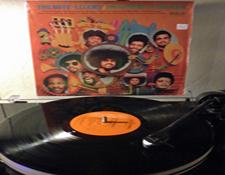 I'm telling you all this for a reason. You see, remember when I told you earlier that I don't really like searching for music on the Interwebs? I mean that. I generally find it dispiriting and un-fun. On the other hand, I get a real kick out of flipping through a bin of records and coming across something that catches my eye enough to make me stop flipping and pull out the disc. I discovered aforementioned bands Skull Snaps, Beginning of the End and Young-Hold Unlimited this way ... all at Green Apple Books & Music, too!

The Nite-Liters are my latest discovery in this mode.

All it took was a super compelling piece of artwork depicting a technically naked couple covered with drawings of musical instruments over virtually every inch of their bodies. There we have the Illustrated Man -- and Woman! -- with guitars on their backs and chests, trumpets on their calves, congas on their thighs, keyboards on their wrists and even a clarinet down the spine! The album is called A-Nal-Y-Sis (subtitled Music Mind Body, on the back cover), on RCA Records issued in 1973.

I'd never ever seen this album before. It was sealed and on sale for $6. There were two other Nite-Liters albums there for that price but figured I'd take a chance on this one to see how I liked it.

I went back the next day to grab the other two (Instrumental Directions and Different Strokes)!

So this is soulful early funk-jazz-pop instrumental music made by a spin-off side project from members of the hit group the New Birth.

And it is fun stuff!

If you can imagine a sound somewhere between War, early Chicago and Blood, Sweat & Tears and late '60s/early '70s James Brown you might get an approximation of their sound. Many of their tunes are originals but at least one of the three albums I picked up features covers of then popular tunes, such as a nifty medley including Jimmy Webb's "MacArthur Park" and Marvin Gaye's "What's Going On." 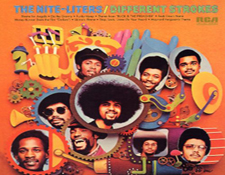 There is even a bit of humor tucked away in these Nite-Liters albums. One of my favorite tunes on the album A-Nal-Ysis is called "Pee-Foul." No potty jokes here folks, that is the actual title printed on the record cover and label (you can even find it on YouTube). I wonder if some mainstream DJs might have had trouble saying that one on the air back in the day? Years before he'd become a caricature of himself, we find The Nite-Liters paying tribute to the great high-squealin' trumpter -- who some five years later would become a household word (via his Top 30 hit "Gonna Fly Now" from the movie Rocky) -- on the tune "Maynard Fergusen's Theme."

Anyhow... you're probably wondering by now just how do these fine funky fun instrumental soul albums sound? Actually, really very good. I have no information as to their sources -- they don't particularly sound like they were made off a digital source such as a CD, a concern many have with regards to some of these budget reissues -- but they certainly do rock, especially when you turn up the volume a bit. The pressings are thick (possibly even 180-gram), quiet and well centered. They all feature the period-accurate orange RCA Records labels too. Arguably, these pressings are probably better than the wobbly Dynaflex that originals were probably pressed on back in the day.

But really, folks ... for the $10-12 you'll likely spend to pick one of these up are you going to grumble over a bit of audiophilia? It seems a fair price to pay for admission to these slinky funky lost grooves regardless of the source until maybe someday I'll come across an "original" pressing to compare them to. Regardless, I know that I for one will be looking for the other two in their catalog and will also be checking out recordings by New Birth.

What a joy to discover something still new and fresh that is 40 years old!