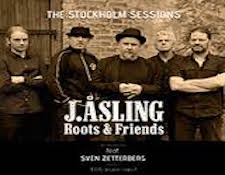 Part blues, part folk, part soul influenced, the fourth studio release by J. Asling is a collection of all original music. Recorded in Stockholm in, surprisingly, only two days, the feel of the music is open and almost improvised. Track two, "Will There Be Peace Tomorrow" features a lively and catchy, up tempo tune. Track six, "Mama Used To Say," on the other hand, is downbeat and heartfelt. All thirteen tracks are very impressive and proof positive that The Blues is a genre that is finely crafted in parts of the world far removed from the US. Any fan of The Blues will almost certainly find this release very listenable. 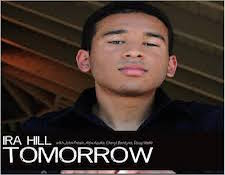 Listening to the vocal abilities of Ira Hill, it might completely escape the listener that he was only nineteen when "Tomorrow" was released. Hill is a Jazz vocalist with a simplistic ease and and an infusion of soul unknown to most artists his age. California born, and living from age seven in Phoenix, at age fourteen he actually sang one song with Grammy nominated, Count Basie vocalist Dennis Rowland who was doing a show in Phoenix. Performing a cover of the Temptations' hit "My Girl, Hill's performance was good enough to earn him a standing ovation. Soon enough, Hill found himself in an LA Jazz workshop where he met Cheryl Bentyne of The Manhattan Transfer. She was impressed to the point that she invited Hill to record a full studio album which she also produced. That work is Tomorrow and if this initial offering is any indication of what may yet come, tomorrow looks pretty bright. 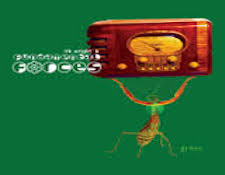 Seattle based guitarist Rik Wright seeks his influence from a wide variety of artists. Drawing from the likes of Mingus, Monk and Miles Davis, he is also influenced by superior guitarists like Jeff Beck. "Green" was preceded by "Blue" and "Red," the works that came before. The eight tracks are manifestly straight up, traditional jazz but done in a unique style. Called "artistically imaginative," Wright delivers compositions that are part blues, bebop, and jazz oriented rock. His melodies range from a synthesis of stringed and woodwind instrumentation to what may be considered free form guitar. I'll have to admit, Green is stylistically a slant on traditional jazz but one that is very interesting. What it does best of all is entice the listener to wait to see what is coming next - and isn't that is what listening to music is all about? 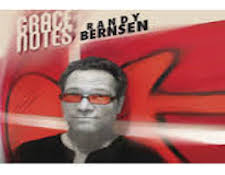 In the early 1980's, Bernsen introduced his first release with great fanfare, Music For Planets, People and Washing Machines - recorded with such stellar musicians as Jaco Pastorius and Herbie Hancock. Two follow up releases came in 1986 and 1988, also well received and hosting an all star line up of guest jazz artists. For the next few years he toured with Jaco Pastorius' Big Band showcasing his six string skills. Grace Notes is a collection of five original tracks along with three covers. Stylistically, think Jeff Beck and Lee Ritenour. The opening track is a cover of the Yellowjackets tune "Black Top." The eight tracks range from a big band sound to soul, to jazz fusion and are always seamlessly melded together to sound completely cohesive. All the melodies and chord structures just seem to fit together perfectly. Highly listenable, very enjoyable, Grace Notes is one that should not be missed.