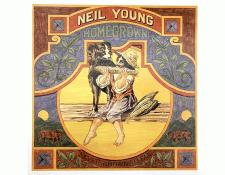 It is curious, this thing we call an "album" and how some collections of songs escalate into our consciousness as "great," "classic" or even "essential."

Think for a moment about the difference between Pink Floyd's Dark Side of the Moon and, say, The Final Cut...  Or The Beatles' Let it Be vs. Abbey Road...  Or Radiohead's Ok Computer vs. Moon Shaped Pool...

All are good albums... Really good albums even! But only some ascend to the status of "greatness."

This is a hard call to make and admittedly a very subjective claim. I mean, my definition of a "masterpiece" is probably quite different than yours. Additionally, when considering archival releases it is in many ways unfair to judge an artist against their past work. As a composer, musician, artist myself, I try to avoid doing that whenever possible, considering the artist's work on its own merit, in the time and place it was made in addition to how it might resonate here and now. 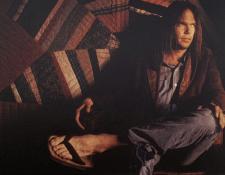 One of my favorite artists, Neil Young, has put out a lot of albums in recent years to a point where it is difficult for the average person keep up. This is a challenge I've had with Van Morrison, Guided By Voices and several others I love. In a way, too much music from our heroes should be our worst problem.

In recent years, Neil Young has been graciously opening his archives of unheard older material almost equally alongside his new releases. I recently caught up on his Songs For Judy album, a previously unreleased live album from 1976 (click here if you missed that).

The latest in his archival series is called Homegrown and it is an essential release for the serious Neil Young fan.

I suspect it also might be a non-essential for the casual fan. Here's why. 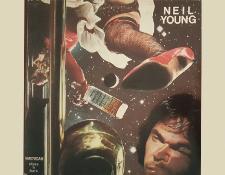 There are some truly great songs on Homegrown, several of which we've heard before in a different presentation. Most notably, the title track and "Star of Bethlehem" which appeared on American Stars and Bars, one of my favorite Neil Young records. Some other tracks appeared on later albums in different form (more on that in a bit).

Taken purely as an album listening experience, I can hear why this album was shelved and the songs recast in another light.

Besides the fact that it is a very personal collection -- which seems to tell a story about a relationship breaking up -- and that it is apparently something of a missing link between Harvest and Comes A Time, Homegrown has some pacing issues as an end-to-end album listen. 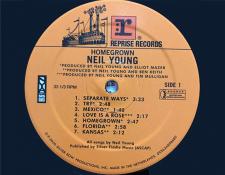 And it is in exactly that light Homegrown becomes a fascinating release as it gives us some insight into the thought process which ultimately results in classic albums we love and return to time and again. I suspect that other prolific artists like Neil Young,  with vast catalogs of songs, go through this process. Frank Zappa certainly had many albums which he sliced and diced into other forms (some of which eventually have seen the light of day in his archive series).

Homegrown starts out promising with the somber but beautiful "Separate Ways" (with The Band's Levon Helms on drums!) and "Try." But the album starts to lose steam pacing wise on the pleasant transitional tune "Mexico." 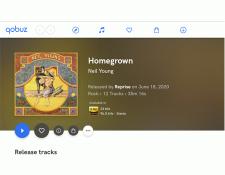 "Love is a Rose" is a great song which appeared on Neil's Decade greatest hits compilation in 1977. It was also hit for Linda Ronstadt in 1975. The song was based on Neil's earlier tune called "Dance Dance Dance" which no less than Dave Edmunds of Rockpile recorded on his 1972 debut solo album as did Neil's band Crazy Horse on their self titled debut!

So there is this sort of promising start on Homegrown and then Side One kind of peters out pacing-wise, There is an interesting spoken word and feedback piece called "Florida" where Neil describes a strange dream he had about a hang glider.  The song following it, "Kansas," closes out the album side on a quiet note.  Now, this is just my personal taste and speculation here, but as an album listen -- again, I'm talking about pacing and sequencing here, folks -- there probably needed to be a more rocking or at least a stronger-flavored acoustic song at this point to make a more solid transition to the flipside. 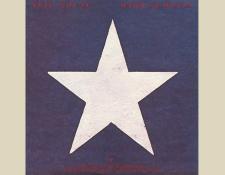 "We Don't Smoke It No More" is a fun blues work out that kicks off Side Two.  The pace grinds back with a sweet acoustic version of "White Line," a song which appeared in a much more electric, rocking and assured version on 1990's Ragged Glory. If that version had been on Homegrown instead of the acoustic take, the sequence would have been stronger pacing wise, especially with the great song following called "Vacancy."  "Little Wing" is another song that ended up on a later Neil album, 1980s Hawks & Doves.

I bought a copy of Homegrown on vinyl and I'm quite happy with the sound of it. Pressed on standard weight black vinyl, the album is well centered and quiet, sporting a period-accurate orange Reprise Records label it might have had if released back in the mid 1970s. I have one friend in Canada who reported having "non-fill" noise issues on his copy but other than that I've not heard about others having problems with this edition. I like the warm sound on it and when the more rocking songs come on, Homegrown shines in its best light turned up loud. The album has a good analog feel going on. 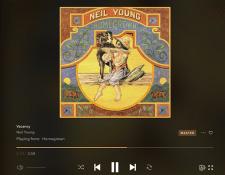 You can find the album in streaming in 16-bit, 44.1 kHz MQA format on Tidal (yeah... CD-quality MQA is a curious thing). On Qobuz Homegrown is offered in a more robust 24-bit, 96 kHz Hi Res form that sounds a bit closer to the vinyl release.  I spot checked the version of the album on Spotify and not surprisingly it sounds pretty tinny there. But, it is a popular platform and for those who listen on portable devices or limited-frequency earbuds it might be fine.

Any way you listen, you should check out Neil's Homegrown.  The new songs are worth the price of admission and hearing the older songs in their original light offers a fascinating insight into the artist's creative process.