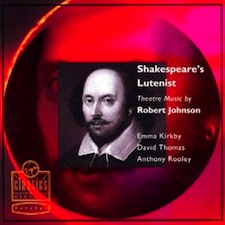 Tomorrow I'm leaving for the Rocky Mountain Audiofest. Naturally, I'm bringing music with me, in a myriad of forms. First, I'll have three, count 'em three, CD s.  They will be, in no particular order, Shakespeare's Lutenist; Theater Music by Robert Johnson performed by Emma Kirkby, David Thomas, and Anthony Rooley, Works by Verlon Thompson, and The Slingshot Effect by Sunspot. I had the privilege of hear Emma Kirkby and David Thomas with Anthony Rooley on several occasions around the time this disc was recorded, so it serves as an excellent reference for me. The Verlon Thompson disc has lots of well-recorded 4 minute and under songs that feature vocals, guitar and an acoustic bass. Finally there's Sunspot, my guilty pleasure - well-recorded sci-fi pulse-metal.

I'm also taking quite a bit of music on USB thumb drives - that mainly 96/24 and a couple of 192/24 files down-sampled from my DSD recordings. That's some of the fun stuff.

Finally I'll bring a pair of iPod 160s. In the evening one will be tethered to a Soundmatters FoxL V2, and during the day they'll be in my bag in case I want to use one hooked up to a dock.

In the "old days" I used to bring a couple of 12-CD wallets to shows. Now, due to the wonders of technology, I can bring practically my entire music library in only slightly more space.  I another ten years I suspect I won't be bringing anything, as all my music will be instantly Internet accessible. Maybe. As to what resolution and how much autonomy and ownership will be retained by individual music lovers is still anyone's guess...