In my August 29 music review I wrote about the new work by Michael McDermott titled Willow Springs. Because of space limitations I was unable to really go into any measure of detail of this magnificent album. Simply put, "Willow Springs" is the best new release I've heard this year - regardless of the artist or genre. 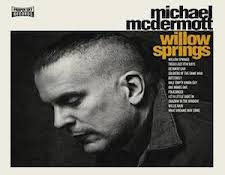 It is decidedly an understatement to say I cannot recall being so excited by an artist's new work. Shortly after listening to the review sample about twenty times, I went online and ordered McDermott's initial release, the one that got things started, 620 W. Surf - which was the address of his Chicago apartment in the 1970's. I've also since ordered two additional releases and honestly, they're all wonderful.

In reading about his meteoric rise upon the release of 620 W. Surf, I also discovered that shortly after it's debut McDermott had a fall from grace. Soon enough, the temptations of fame caught hold and before he was probably even aware of it, he was addicted to both alcohol and drugs. For nearly the next two decades, his life was anything but sober. Still, the need to create music never subsided and he released about a dozen works through the drug and alcohol addled days subsequent to Surf.

McDermott was once quoted as saying "By the time I was 24 I was over" which was certainly the case. What started as comparisons to Dylan and Springsteen, appearances on MTV, reviews in Rolling Stone and The New York Times and even hanging out with Steven King at a Chicago Cubs game eventually became quite the opposite. 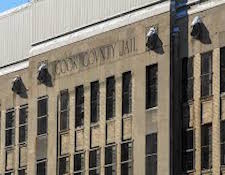 One night a security guard had to break down his door because it was feared he had overdosed. Another time, extremely high on cocaine, he was attacked by a stripper with a pair of scissors. Dressing rooms after concerts always seemed to have plenty of alcohol and cocaine, his drug of choice at the time. He had, on occasion, even freebased cocaine during recording sessions. Friends and family members staged more than one intervention, fearing his life would soon end if something didn't change. Not surprisingly, there was even a stint in the Cook County jail. His addiction to drugs and alcohol lasted almost two decades. What was once so promising a career was derailed before the train even left the proverbial station.

This is not really so surprising. How many immensely talented artists have had their career and even their life cut short because of addictions? McDermott's probably started in what I would imagine was innocent enough at the time.  "Here, try this" was probably how it began. With the feeling of invincibility shouldered by youth and the excitement of fame, the perils of addiction to a 21-year-old could probably not have felt more remote. Yet, like so many others, addiction came far too easily and held its grasp for far too long. 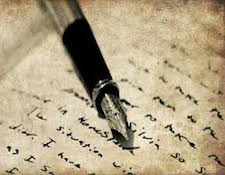 Eventually, it was the addition to the band of a violinist named Heather Horton that proved to be McDermott's salvation. Horton had been in the band for several years before he really took notice of her. Her insistence that he be sober and drug free before beginning any relationship probably saved his life and ultimately founded a marriage and family. Their daughter, Rain, takes her name from a song on the album Gethsemane called "The Idler, the Prophet and a Girl Called Rain." While he does have a drink from time to time, he has remained drug free. Again, McDermott credits his wife, Heather, because the look of disappointment in her face is stronger than the lure of drugs. Needless to say, he also doesn't want to let down his daughter.

When I first started the review of Willow Springs, I couldn't help but see the uncanny resemblance in his voice to both Dylan and Springsteen.  This makes perfect sense as he has had those comparisons his whole career. What really captivated me more than any musical excellence was his lyrics.

As an audiophile its fair to say I tend to gravitate towards the sonics of a song - how the instruments sound on my system. Upon first hearing Willow Springs however, I was immediately taken by McDermott's pervasive lyrical talents. His lyrics are complex and full of meaning. In Willow Springs, he writes about loosing and gaining sobriety, marriage, the birth of his child, moving from Chicago, and the loss of his Father. 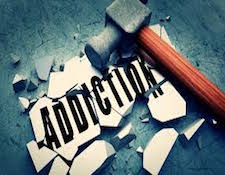 In "Butterfly," from Willow Springs,  a song about addiction, McDermott writes: "T'was a junkie girl in my world / And everything began to twirl / And it spun so that I couldn't even stand / She had many charms, I heard alarms / She stuck needles in my arm / And I guess that's when the trouble began."

I can't even begin to identify with the tortures McDermott and his family have faced and conquered in his lifetime. What I can say is the talent he displayed in 620 W. Surf has returned. His music, sometimes simply a guitar and other times very complex, makes me think, makes me listen. I have always enjoyed anything well written and his lyrics are certainly that.

While conducting the review I discovered something completely unexpected. Because sonics are always part of a review, I obviously listen to the sound quality. But midway through track one, I found myself listening to the words and trying to uncover their meaning. I was simply listening to music, thinking, absorbing what this talented musician was trying to say. A review would come later. I became absorbed in the music and its message.  And isn't that what music is supposed to accomplish?