About 10 years ago a friend gave me a reissued CD by a somewhat obscure band from 1971 called Audience. The album, called The House On The Hill, had a cool cover designed by the great Hipgnosis (the people who went on to design Pink Floyd's Dark Side of the Moon, among many others). I listened to the CD and enjoyed it enough to keep it, but I have to be honest I never dug deep into it. 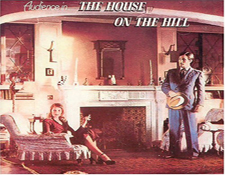 I often wonder why that sometimes happens, where music that I should like doesn't connect with me somehow on an emotional level.

The Audience album has all the hallmarks of something I really should like: cool driving melodies, a sort of proto-glam rock flavored sound this side of early David Bowie, Roxy Music, Renaissance and (yes, even) Led Zeppelin III. The album boasts great production by the then hot-on-the-scene Gus Dudgeon (who was enjoying status as the producer behind Elton John's rise to fame).

The Led Zeppelin reference bears some repeating. I just read on the Wiki (for what that is worth) that the band was discovered by and signed to Charisma Records (the same label that eventually brought the world Genesis and numerous others in the progressive pop rock world) when opening for Led Zeppelin! That said, for better or for worse, I wonder if Guns 'n Roses' Axl Rose spent some time listening to this album as the singer in Audience, Howard Werth, bears vocal stylings very much in that zone.

But back to this record and my rediscovery of it ... 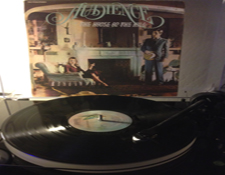 So, the only thing I can reasonably conclude is that I didn't connect with the music on The House on the Hill for the worst possible reason: it was presented to me as a CD with less than compelling sound.

Don't get me wrong, it was OK. But when I recently found a copy of the album on vinyl, it has been a night and day experience in terms of my "connecting" with the music. So much so that I felt compelled to write about it here!

Somehow, perhaps it was a combination of the CD's small form packaging and the crispy digital flavor of the sound on the disc that didn't stroke my enthusiasm for the group to 11. 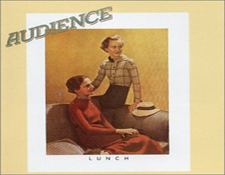 Listening to the LP pressing of the same album, songs like album opener "Indian Summer" and "You're Not Smilin'" percolate with an immediacy that jumps out the speakers. The lovely instrumental "Raviole" becomes more exciting with its swells of strings triggering sonic rushes up and down my spine. The album bears a lovely warmth that still rocks, with "electric classical guitar" high in the mix up with multi-tracked saxophones, percussion and vibraphones.

I didn't get all this from listening to the CD.

Sure it can be argued that when my friend gave me the CD, perhaps I wasn't as focused on that style of music at that moment in time. I understand that conceptually -- there are always multiple reasons why some things happen in the universe. However, I'm less inclined to count that in since I'm a pretty open minded and active listener. At that time I was digging into The Flaming Lips music so I think my mind should have been very open to a band like Audience.

No, I'll point a finger at the CD and its inability to engage me in this band's music. Something was missing from that disc. 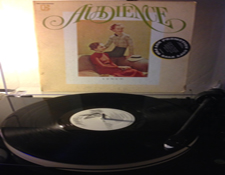 Curiously, I also found a copy of the band's final album, entitled Lunch, which -- despite it apparently having been made amidst turmoil and band member changes/exits -- holds up well in retrospect, with support from some of Derek's Dominoes, Bobby Key and Jim Price! This is good stuff.

You should check Audience out. There are vinyl copies around in the used market, though I am not aware of any reissues at present. If digital doesn't bother you, the CD and downloads are available commonly up on Amazon.

Maybe if we're lucky we'll get to see the reformed Audience play in America someday. Yup. A quick search on the Interwebs has revealed that he band got back together in 2004 and has been playing periodic gigs over the years.

That rock 'n roll will never die is a good thing for bands like Audience who never really got their due back in the day. Really folks, its never too late to discover a new band even if they made their first records 40 years ago.