Jeff Lynne's musical output for most of his career has revolved around a simple premise : expand upon the sounds of the Beatles. He began doing this in his original band The Idle Race back in 1967 and continued this into his work with The Move which gave way to ELO (aka The Electric Light Orchestra). The ELO formula itself was even more condensed: intentionally picking up where the Fab Four left off around the time of Magical Mystery Tour, especially  "I Am The Walrus" and "Strawberry Fields Forever." 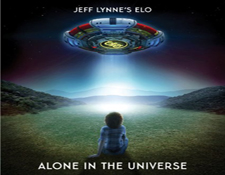 Oh, and the ELO trademark Vocodor-drenched vocal tag is present and accounted for as well on this new album.

Not to be completely influenced by my environment, I was thus somewhat surprised when some music friends on a popular online social media site were saying somewhat disparaging things about the new album right right from the get go:

"It should have just been called a Jeff Lynne record..."

All I could think reading these sorts of comments was a resounding: WTF?

So, to make sure I wasn't missing something, I went back and listened to some late period ELO records (which were popular, but not really my favorites, Secret Messages, Time). Then I listened to Jeff's fine album of remakes issued several years ago as The Very Best of ELO (in which he plays all the parts himself). Then I listened to the last official ELO album, Zoom, from 2001, a solid album that didn't really get its due despite the presence of two actual Beatles on it! Then, I pulled out Jeff Lynne's two official "solo" albums, Armchair Theatre and Longwave.

And, you know what folks? To my ear, they all sound like Jeff Lynne, music which is informed by his pasts with The Idle Race, The Move, ELO and The Beatles (remember, Jeff produced the Fab Four reunion singles in the '90s as well as The Traveling Wilburys records and even George Harrison's late 80s solo album).

If you go back and listen to his earliest work with The Idle Race, you'll hear the birth place of the ELO sound.  He continued it when he was recruited into The Move by Roy Wood. And Roy -- himself a bit of a musical genius as well -- left ELO after one album, probably recognizing and giving space to Jeff's strong vision for the band's rapidly flowering sound. By the time Jeff was pulling together The Traveling Wilburys, he had produced an actual Beatles reunion (on record) and his musical signatures were so strong it was really hard to differentiate one from the other. George Harrison's "When We Was Fab" from the 1987 comeback album Cloud 9 sounded more like an ELO tribute to The Beatles than an actual Beatle's tribute to the Beatles.

There is no doubt a very fine line between what makes an ELO record vs. a Jeff Lynne record and for the most part it seems to be how high in the mix the strings are and how many clever musical diversions he peppers the track with along the way to the chorus. But frankly, that old mid-period ELO sound -- the sound of albums like Out of the Blue and A New World Record -- has long been gone. As has the very dense and intense sound of the first two ELO albums, when Roy Wood's presence could still be felt fairly strongly (even though he wasn't even on the second album).

So, while I understand that some people would like Jeff Lynne to continually remake those seminal hit albums where people became fans of the band -- and for many of you that might well be A New World Record, Out of the Blue or Discovery -- I also understand the need as an artist to move on. 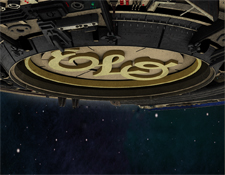 And move on Jeff did, refining his own sonic footprint so much that one could assemble a new Jeff Lynne album from tracks recorded with his clients such as Tom Petty, George Harrison, Roy Orbison and, yes, The Beatles.

The hard reality, Dear Readers, is that for all intents and purposes, Jeff Lynne's sound IS the sound of The Electric Light Orchestra. Deal with it.

(Ok, there. I feel better now that I've gotten that all off my chest).

Now, let me address the comment that "he doesn't sound into it." I challenge that wholeheartedly on several levels. Someone who is recording all the parts to an album by himself by its nature HAS to be "into" the project to see it through! Otherwise, you just stop and move on to something else.

In fact, I think Jeff got so into it that I'll go out on a limb and consider his last three albums something of a trilogy of sorts. Stop and think about it:  on the The Very Best of ELO, he went back and dusted off many of his favorites, reworking them his way with his own ultra-tidy approach to the recorded parts, from the drums to the vocals. Curiously, on that album the ELO art imagery on that album was one of a rusty old space ship, perhaps that indicating that by doing that album he was gearing up to polish up the old ELO space machine.

Yeah, I know I'm probably reading too much into this but... well... stick with me...