There are many of albums out there in the world of music reissues, rediscoveries and restorations, some of which are at minimum worthy of your passing attention while others venture into the category of essential listening. 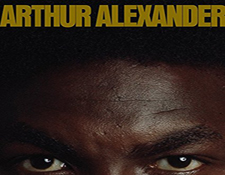 It's a little hard to call the 1972 Warner Brothers-issued release by Arthur Alexander a "comeback" album as it was only his second ever album (the first came out 10 years prior).

Certainly, it is an album by an artist who is what many might call a musician's musician.  According to the Wiki: "Alexander is the only songwriter whose songs have been covered on studio albums by the Beatles, the Rolling Stones and Bob Dylan (who recorded "Sally Sue Brown" on his 1988 LP Down in the Groove). "Go Home Girl" was also recorded by Ry Cooder on his 1979 album Bop Till You Drop."

To that, let us "do" (if you will) a virtual show of hands to check just how many of you out there honestly knew about Arthur Alexander before reading this article. You can put your comments down below here (or on various social media outlets where we often re-share these articles to help people discover them).

I suspect that a bunch of you are -- like me -- at least familiar with the man's name and some of his compositions. But I also reckon that most of you probably know Arthur Alexander more by his songs as performed some of your favorite bands / artists, and that perhaps you didn't even know he wrote them.

Consider a song that has been covered by The Rolling Stones, George Jones, The Hollies, Johnny Paycheck and Mink Deville (among others): "You Better Move On."   Or how about The Beatles, who covered his song "Anna" on their first album as well as his "Soldier of Love" for their BBC sessions - a song that has been subsequently covered by no less than Marshall Crenshaw and Pearl Jam. Those songs alone would have been enough to ensure his place in the upper echelon of songwriting legends, but there are many others. 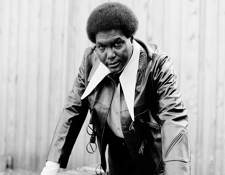 Alexander never quite got the fame he deserved but he's certainly far from forgotten, as evidenced by a new reissue of his eponymous 1972 Warner Bros. album put out by the good folks at Omnivore Recordings.  This collection is a fine slice of vintage R'n B with a country twist that smiles sweetly alongside sides by Solomon Burke, Joe Tex (who covered his "Set Me Free"), Jerry Butler and even Al Green.  It includes his version of "Burning Love" which became a smash hit for Elvis Presley shortly after this version was released.

Arthur Alexander is a great spin.  My favorite tracks thus far include the autobiographical-sounding "Rainbow Road" - and I specify "sounding" because it was written by Dennis Linde and Dan Penn. "Go On Home Girl" almost reminds me of an early Springsteen tune. The album even has a track written by Steve Cropper, "Down The Back Roads."

There only seems to be a CD reissue of Arthur Alexander thus far but it sounds real nice as CDs go and is totally worth picking up for the bounty of six fine bonus tracks. Hopefully there will be a vinyl reissue popping up one of these days soon.  In the interim, I'll no doubt be looking for an original pressing of this album and others in his catalog.  Check out the trailer the label put together for a quick sample. Tasty stuff!