If you're an audiophile you probably know someone who collects vintage audio gear. It may even be you. When I lived in Boston I, too, was one of those folks. At one time I had at least a dozen vintage Scott tube FM tuners, every model of Harman Kardon Citation ever designed by Stew Hegeman, two Marantz 8Bs, several Dyna Stereo 70s, a couple of Dyna PAS 3s (one stock one modded), several pairs of AR 4x speakers, A couple of Rabco RB-4 turntable/tonearm combos, and even a Marantz SLT turntable. I loved all that stuff. 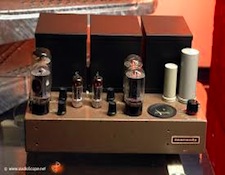 The problem with my audio gear collection was two-fold. First, it all took up a lot of space. When I was younger, single, and lived in a 3000 sq. ft. industrial loftspace in Boston, space wasn't an issue. I had a lot of places to store gear, so store it I did. And that brings me to the second problem, after the initial purchase and a bit of use, most of this gear just sat, unused, in storage. Except for those warm fuzzy feelings derived from ownership, none of this stuff was doing me any good. And did I mention it all took up space?

When I moved to Colorado in the early '90's I sold most of my vintage "collection." I kept a few things that I actually used regularly, such as my pair of Quad ESL 57 speakers and a Citation 1 preamp, but the rest of the gear was sold off and is probably still floating around somewhere the New England region. I realized that if you have a collection of something, anything, it's a lot more fun if it is something that you can interact with and use regularly than stuff you merely store. 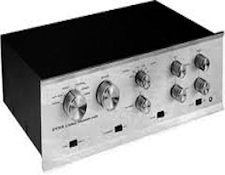 Nowadays I do not collect audio gear. Sure, I still have a couple of vintage components, such as one stock and one highly modified Dyna Stereo 70 power amplifier, and some oddball pieces of gear that I use once in a blue moon such as my Sony PCM-601 PCM to Beta/VHS digital recorder/encoder, but with most audio gear if I haven't used it in a year, I don't keep it sitting around in a "collection." Instead I've channeled my collecting into certain brands of 35mm camera equipment, primarily gear that I used to own when I was a pro photographer, but sold as I "upgraded" to newer gear. The nice thing about photo gear is that it easier to store accessibly and much easier to use and interact with than audio gear - I don't have to setup an entire workflow chain or audio system to handle a camera and lens.

One final reason that I try not to collect audio gear is because of, finality. Some day, someone will have to sell all my stuff after I leave this particular building. It will be MUCH easier for my wife to sell off my camera collection (Hello, KEH Camera?) than it would be for her to sell off an audio component collection - easier to pack, easier to ship, and it can all be sold to one commercial entity. And given my collecting predilections, she's going to have her hands full without adding the dispersal of a whole bunch of large, heavy, metal and wood boxes to her to-do list. 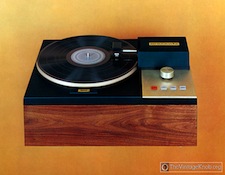 If you ARE a collector, I don't want to bum you out, but have you given much thought to what will happen to your collection when you are no longer around to "curate" it? My suggestion is to develop an exit plan - if not for you, for your nearest of kin, so they will have a clue as to what to do with all that stuff.

I often see the old audiophile line, "I would never tell my wife what I've spent on my new XXXX amplifier..." Personally I've never understood why you would want to undervalue your possessions so that someone you supposedly love would lose money when they sell them. I prefer to keep a spreadsheet of what I paid for things in my collections AND once a year I update it with current estimated resale values so that my heirs will know where they stand. Domestic financial subterfuge has a way of coming back to bite you where it hurts. I keep remembering the deleted scene from High Fidelity where the wife tries to sell off the record collection for $50...

To sum up - although collecting is very much a function of the heart, you have to use your head. Even though you may plan to keep everything in your collection "forever," your forever is a finite amount of time. Someone sometime is going to have to unwind and disperse your collection to its next curators. Be a mench and make the job easier for your next of kin - put together a list of valuations and let your heirs know it exists and where to find it. You'll rest in peace much easier if you do...