Five Vintage Audio Components Every Audiophile Should Own at Least Once 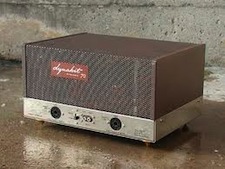 1.    The Dynaco Stereo 70 Power Amplifier - They're relatively cheap (between $300 for a rough one in need of a refurbishment to $850 for a complete "frame off" from the ground up rebuild) easy to maintain, reliable, and there are A LOT of Stereo 70's in the world, making them easy to come by. Fact: an in spec, properly maintained Dyna Stereo 70 sounds more than sonically respectable. If you haven't heard one you're missing a sonic benchmark that you need in your experience-set to be able to tell whether a five or six-figure tube amplifier is all it's cracked up to be.

2.    A Scott, Fisher, Pilot, or Dyna FM Multiplex stereo tube tuner - Personal aesthetics aside, it really doesn't matter what brand you have as long as the tuner is from that golden age; post FM Stereo but pre transistors. Models including The Fisher FM-100B, H H Scott 350D, and Dyna FM-3 sound wonderful when they're brought back to original factory (or kit) specifications. Tether them to a good antenna and FM or Free Music is yours. If you have a decent FM station left in your town you owe it to yourself to enjoy it through a tube tuner. 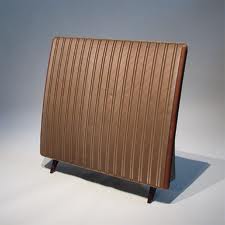 3. Quad ESL 57 Speakers - ESL 57's, more so than even Quad's newer models, tell you everything you need about state-of-the-art midrange reproduction. But because the midrange is so right-on we try to match it in the bass and the treble with subwoofers and super-tweeters. Bad idea. Or should I say, "noble cause and a valiant effort," that some of the best audio minds of a generation couldn't solve. But it taught everyone what a discontinuity between drivers sounds like. Still, a pair of Quad ESL-57's driven by a Marantz 8B in triode mode in a mid-sized room can sound as close to "real" as any mega-buck system... 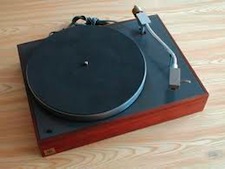 4.    The Original AR XA Turntable - The AR XA turntable is a tweaker's dream. Acoustic Research sold a boatload of 'em and you can find replacement and upgrade parts for nearly every part in the unit. You can, if you wish, spend a lot of money upgrading and refurbishing an AR XA, but there's always a point of diminishing returns on mods. With fully tricked-out XA the best you can expect is the same approximate performance level as a mid-90's Linn LP-12. That's nothing to sneer at, but a used mid 90-s LP-12 sells for only slightly more than a fully modified AR XA.

5.    Dynaco PAS-3 Preamplifier - The ultimate workingman's tube preamp that you could build yourself on your kitchen table in a couple of nights after work. And if you didn't have too many beers while you were assembling your PAS-3, when you turned it on the darn thing might actually work! I've seen some kit-built PAS-3s that had real problems because someone who was instruction-phobic built them. I've also owned a kit-built PAS-3 that was far nicer than anything that came from the factory in terms of precise wiring, clean soldering and overall attention to detail during assembly. Like the AR XA turntable, you can modify the heck out of a PAS-3. Frank Van Alstine has been doing mods and making kits based on his PAS-3 mods for many years. Like the other gear on this list, if you haven't heard a PAS-3 I its prime how can you know how good a VTL, or Lamm, or Audio Research preamp really is? The Pas-3 is the tube preamp base-level performance and sound benchmark.

I have owned three of these components and am familiar with the 4th.

I built the Stereo 70 from a kit in the 1970s. I paired it with a used pass 3x preamp. Yes the sound quality was first rate. Much different sounding than Fisher(x100 series) or a Harmon Kardon A500. I loved its sound but two things swayed me away that I sold it in the 1980s, probably one of the few people into vintage gear at that time in Miami. The 70 ran hot which is normal but for the S.Florida climate, its heat could heat up a room. Most of the time due to the direct sunlight of Florida it was too hot to use heating up the house and fighting with your air condioning system. The Pas 3x transformer burnt out and I could not find a replacement. Today,that would not be a problem because of e-bay.

I did use a similar or same model Scott tuner. It was nice but for some reason did not last long. I had bought it used from somebody in my area. Tube fm tuners do sound quite nice though. One of the best I used was a Macinntosh highbred receiver whose tube section made up the tuner section. Quite astounding FM from this unit. Today, I do not bother with FM at all so a tuner built into receivers to me is inconsequential.

My brother did own a pair of Quad speakers very similar to what is being shown. They could have been the same ones too. The did have great sound but he sold them and bought a 3 way 12 inch set of Canton's back in the 80s. Those really sound good.

The AR XA manual turntable played vinyl with aplomb. It's only weakness was the plastic headshell because when you screwed a cartridge in, the screws input on the headshell could get warped. A similar model that comes to mind is the Ar7(if I am remembering correctly). These tables back then I believed ran 80 or so bucks.

I've owned a Dyna PAS-3 preamp and a pair of Dyna Mark III power amps since about 1970. I used them for years with a pair of Magnapan MGII's in a mid-sized room, and also with the Quad look alike Dahlquist DQ10's, both sounded great. Need to work on one of the Mark III's and get my loft system back in order (now matched with a small pair of B&W's). Your list certainly includes some great classics and brings back the memories.

You've pretty much listed the system that got me through the 1980s.

And except for the AR, I've still got all of those things, even if they're no longer in use. The Quads are in a sorry state, though, and need a complete restoration. The Dyna FM-3 tuner is still connected to my present system though.