A 43-Year-Old Passion for SAE

When my audio journey started in 1972 I quickly subscribed to, and began reading Stereo Review. I assembled cut out pictures of my "dream system" that by any definition would, at the time, be considered world class. I really don't remember most of that system - the components are now lost to history except for two things - I wanted an SAE Mark 2600 amp and the matching preamp worse than life itself. In fact, I would have most likely, and perhaps willingly, stood shoulder to shoulder with Robert Johnson at the Crossroads in the fervent hope that after he exchanged his soul for musical genius, I might negotiate a deal for an amp. 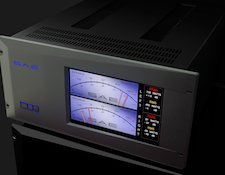 Of course, the cost of the system of my then dreams was well beyond what a fifteen-year-old could ever afford by cutting the grass of several neighbors and any other odd jobs that might be found. My Father, ever the pragmatist, and upon my asking if he would buy me my dream system, simply laughed and walked out of the room when I told him the cost. My youthful hopes and aspirations for audio excellence faded into realism and my journey continued with more affordably priced components purchased on my own.

About six or so months ago, I saw something online about the "rebirth" of SAE. Originally designed in 1962, "Scientific Audio Electronics" began actually selling amplifiers in 1967. They remained mostly a thriving entity until 1992 when they ceased operations, presumably for good. However, Morris Kessler, the company's founder never really went away, in fact he is the driving force behind Amplifier Technologies, Inc. (ATI) and in 2015, SAE once again became a business entity. To the best of my knowledge, I've never had a "conniption," but learning that SAE was again manufacturing equipment sent waves of joy through my body. My beloved company was back in business by the same guy who founded it in the 60's, and best of all, now I can actually afford to make a purchase. 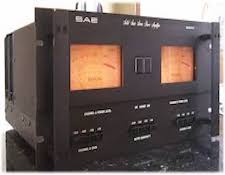 If I've learned anything in thirty years of business travel it is that on long flights, take something to pass the time. Air travel can get very boring if you don't have something to read or a device to watch a movie or listen to a song. I've always opted for reading and knowing that I'd be on the 3-hour flight from Charlotte to Denver (and back) for RMAF, I elected to save a couple of issues of Stereophile and The Absolute Sound to read on the plane. Best of all, the October issue of Stereophile had on the cover an advertisement for an article about, you guessed it, SAE. As soon as the ubiquitous in flight breakfast was completed, a process that typically takes about thirty minutes, I'd have almost 2-1/2 hours to devour this article. I could hardly wait.

Reading the positive review only heightened my interest in the "new" SAE. I could not help but wonder how this amplifier might sound in my system and if the 2HP claim was mostly marketing hype or if there was any legitimacy to the claim. Before any of that, however, there was RMAF and the trappings of an audio show. 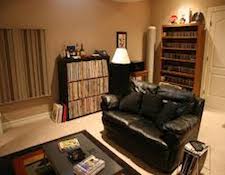 Upon my return to Charlotte I again started thinking about SAE and what I had read on the plane. I could not curb the curiosity that beset me wondering what my system would sound like with the amp of my youth. I also came to realize my current amp is pretty good in it's own right and in all honesty, my future plans are for a pair of top flight mono blocks and not another stereo amp. I'm looking for a new home which will have a dedicated audio room and I plan to take full advantage of the sonics my system is easily capable of producing. Will that best be served by a stereo amp as opposed to mono blocks? Is an SAE amp producing the equivalent of 2HP the best route for me to pursue or is my current amp more than sufficient? But those weren't nearly my most nagging questions. What bothered me the most was the possibility that my devout, almost missionary zeal in SAE could be spearheaded by the decades long, unrequited passion of a 15-year-old.

I'll have to admit I'm still curious about SAE. Old interests die hard. It's unquestionably difficult for me to discount what might possibly be the new and improved SAE and the favorable reviews. My interest in the product, however, is essentially based on a 1972 passion. Is that a good or bad thing? It's probably too early to tell. On the whole, I'll always opt for modern technology because it is, well, modern technology. My new car has a whole host of features that the older version of the same car didn't even offer in 2012. So it seems obvious that newer is better. Maybe, just perhaps, the new and improved SAE is like my new car - new and improved. I'll need more information about SAE because in all honesty, you never really forget those components that captivated your youth.  I'll also need to actually hear the amp in a system. Then I can predictably become even more confused.