What Is The Real Goal Of A Lesser Priced Component?

Somewhere about 1985 Mercedes introduced a new, more cost friendly automobile - the model 190D. Mercedes had used 190 as a model number several times in their past but the main difference in this one was cost. It was not as expensive as what one might expect to pay for a Mercedes in 1985 money.  Being curious, I went to look at one and almost immediately dismissed any notion of a purchase. I found the doors to be very "tinny" sounding when closed and the interior was not only very small, but also quite cheap looking. If this was an automobile Mercedes was trying to pawn off as some type of new mass merchandised car I certainly did not want one. But it was much more affordable than one of their upper tier cars. 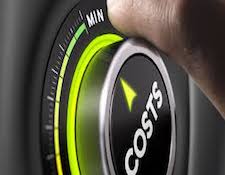 It is not uncommon for a manufacturer of products considered "luxury" items, and therefore priced more expensively, to introduce cost friendly versions of flagship products. High performance audio is certainly no exception.

In our little world of high end audio, there are manufacturers of products at both ends of the cost spectrum. Some manufacturers make affordable and pleasant sounding products, others make decidedly expensive products. There are any number of manufacturers that connotate a certain price and quality level when simply speaking the name. DartZeel, for instance, is not generally thought of as a budget line of amps, although they are thought of as world class products. NAD, on the other hand, manufacturers a line of very affordable products that are nicely feature laden and generally speaking, are quite reputable and sound very good. Likewise, one doesn't really see $1000.00 DartZeel amps nor are $250,000.00 NAD amps easily found. 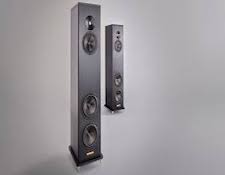 Some manufacturers are beginning to bridge that gap. Magico has long since had the reputation of building a world class speaker system and one that is more on the expensive side of the pricing structure. For the first time ever a new model, the A3, has been released which retails for less than $10,000.00 - a price level heretofore unheard of for Magico. They are selling very well and if you want to buy a pair, be ready to wait because for now, deliveries are out several months as Magico cannot apparently build them fast enough.

I also recently read where Tidal, the German maker of some of the best sounding and best looking speakers anywhere is releasing the "VIMBERG," a more affordable line of loudspeakers. I once considered buying a set of Piano Diacera speakers but chose the KEF Blade instead. That does not in any way mean I was not impressed by what I heard, or saw, when I demo'd a set of Tidal speakers. 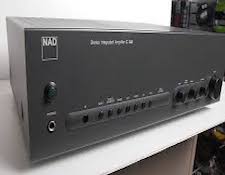 Is it good or bad for a manufacturer of anything, be it cars, loudspeakers, amps or any audio component to be pigeonholed into building one class of product? For Mercedes, what was the real motivation to release the more affordable 190 series in the mid 1980's? Were they not selling enough luxury and higher priced cars and needed to keep manufacturing facilities operational? Or were they attempting to make inroads into a brand new market share by increasing sales volume, albeit with a product with arguably less "panache" than their world class products?

I cannot speak with firsthand knowledge about VIMBERG, but I have heard the Magico A3 and I can attest it is not some stripped down speaker that is a shadow of the heritage of its big brothers. The A3 sounds very good. This might also be the reason why Magico is probably selling them so robustly. I have every confidence that Tidal is also unwilling to cede any portion of their reputation for excellence to mediocrity. So I expect the VIMBERG speaker line will maintain that "Tidal" sound, and reputation. 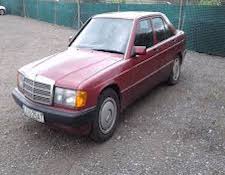 Is then, this a smart or not so smart practice? After looking at the 190D that day in the mid 80's, I reasoned that if I wanted a Mercedes I should probably buy an "E" class at a minimum. That was my own personal conclusion, however - a lot of people thought differently, buying the 190 class in surprisingly high volume. It opened the door for new Mercedes customers. And today, while I still see Mercedes as an upper tier automobile, I do not see it as much an unreachable class of car as I did before. This could be for two reasons - one, the perception of their cars does not hold the allure for me it once did, or I now have the ability to afford one whereas in 1985 I didn't. Or both.

Are manufacturers of high performance audio products traditionally in the upper price levels now suddenly making more affordable products because they want to keep plants running, or are they trying to gain new market share?  Have they taken pity on the audiophiles of the world who want something they build and cannot really afford to buy the flagship products? Are they trying to change the possible perception by the audiophile buying public that yes, "so and so" makes fantastic equipment, but only the very wealthy can afford them? Or, perhaps, could it be some other reason? 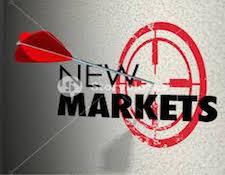 Penetrating new markets and attracting new customers is the veritable lifeblood of any manufacturing firm, regardless of the product made. It is the one sure way to keep production operations viable. If a manufacture's reputation is one of world class performance, and because that is so they introduce something more affordable and capitalize on reputation, is that a bad thing? If a manufacturer is able to attract a new breed of customer solely on the basis of legacy reputation, coupled with new products and lower pricing, is that wrong?

Could it be that some high performance manufacturers are looking to do exactly that?