Here's a brief excerpt from an audio site I look at occasionally. Read it and then we'll get into some of the gross misconceptions, both implied and implicit in this post - "To those guys who listen to peanut sized speakers 1-2 metres away and deny that imaging, tonal accuracy, image height, depth and width matter, I say go to a concert of your favorite music and choose a good seat, then  rationalize. You will change your mind." 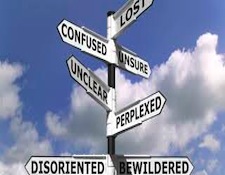 Let's start with the first sentence - the poster has assumed that "peanut-sized speakers" used nearfield can't or don't create a three-dimensional soundstage. BUZZT - WRONG. This poster obviously has never heard Genelec, ATC, ProAc, Silverline, Role, or Audience speakers (to name only those that I use regularly) in a properly configured nearfield set-up. They can all image with a level of three-dimensional specificity and precision that few large room-based panel speakers can approach. Sure, there are cheap, bad, "computer speakers" that don't function well. But there are many floor standing speakers, especially older designs, that can't create a three dimensional soundstage no matter how great the electronics upstream may be.

The poster also implies that small monitors are not tonally accurate. Granted that you can't expect a small speaker in an anechoic chamber to produce a 20 Hz tone at the same level as a 1000 Hz tone, but within their range small monitors can be tonally correct. To assume that a well-designed small footprint speaker can't be tonally accurate is just ignorant. And wrong. Within their range the Dunlavy SC-1AV speakers are as tonally correct as the much larger 550 lb. Dunlavy SC-VI speakers. I know this because I own both. 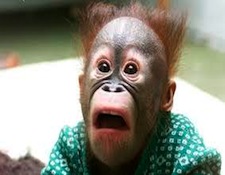 I also find the idea that nearfield systems can't accurately portray depth, image height, and width to be without merit, whatsoever. Actually nearfield systems are generally more accurate in revealing original spatial cues than most room-based systems - you don't have the room's additive and subtractive colorations obscuring the recording's original soundfield information.

It will never cease to amaze me how some audiophiles can get it so wrong yet can be so completely convinced that they are right. I can only marvel at their ability to display their ignorance with an assuredness that only comes to those who are completely at one with their folly.