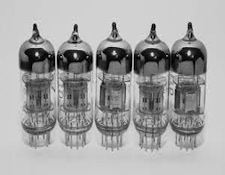 A good percentage of the audiophiles reading the statement, "Tubes Rule!" will probably agree with it. My question to them is simple - why?

I ask the question because I wonder if there are more insightful answers than the standard, "Tubes sound better." We all get that tubes distortion characteristics are more "musical" with fewer and reduced odd order harmonics. But what audio designer in their right mind would knowingly create an audio component that drives a tube (or solid state device) into distortion? The exception, of course, is with guitar amps, where it's all about perfecting and controlling overdriven sonic characteristics.

But back to the question of why or why not tubes rule; aren't tubes merely a part in a circuit design? The phrase, "It's the driver, not the car" comes to mind. I think that today's A-list audio designers and their best designs aren't about a particular part, but a synergy of parts. And depending on which parts a designer is most familiar with, that's probably what they'll use in their current and future designs.

I maintain that one of the reasons we see so many tube-based audio products is because tubes have been and continue to be readily available components. Most standard tubes have been available, pretty much without interruption, for over fifty years. Literally millions of audio engineers have experimented with, and thousands have built, components based on tube gain stages. Because tubes have been such a constant and reliably available part, many fine designers have chosen to use them, become familiar with them, and based their designs around them. Cool. But, does that make tubes rule?