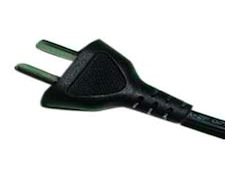 Back in 1962, I was still a student at UCLA and already (since age 12) a long-time audiophile. One day, when I was in Hollywood for some reason, I stopped in at Radio KFWB's broadcast studios on Hollywood Boulevard, introduced myself, and, with a degree of nerve or naiveté that I wonder if I could muster now, I asked if I could take a look around.

KFWB was then one of L.A.'s most popular AM music stations and, although I'm sure they must have had a great many more important things to do, one of the station executives very graciously assigned the station's Maintenance Engineer to give me the "grand tour".

The actual broadcast studios were very interesting, of course, with treated walls to control the acoustics and RCA, Electro-Voice (and even, if I remember correctly, one Altec 649) microphones, but what was most amazing to me was that there were what seemed to me like endless rooms of floor-to-ceiling tube electronics, ALL TURNED ON and glowing brightly! The whole studio was air-conditioned, so it wasn't excessively warm, but I was absolutely blown away by the thought of all that equipment, all in operation at the same time.

Even though the station had a number of studios, I thought, only one of them could ever be "on the air" at any given moment, so why was all this equipment running, apparently all the time?

When I asked this question of the Engineer, his answer was that, yes, all of it was turned-on, all the time, twenty-four hours of every day, and that they kept it that way for reasons of both security and economy: Security, because if any piece of equipment were ever to fail, the station would always have another of the same thing, already warmed-up to replace it, and would never have to risk going off the air. Economy, because, even despite the electricity cost (remember that this was in the early '60s and electricity was very cheap), all of those tubes would last MANY times longer, saving on both the cost of the tubes and the labor to replace them. He went on to explain that the thing that causes tubes to "wear out" is not their operation, but the repeated heating and cooling cycles that come from turning equipment on and off again whenever it is used. This, he said, eventually results in a form of "fatigue" to the metal elements of the tubes and finally results in their failure.  Just as a light bulb will last much longer if you just turn it on and LEAVE it on, he said, so will an electron tube.

From that point on, I've always left my System turned on, whether with tubes (EICO integrated amps, when I was a kid and VTL now) or with Klein, Rowland, Krell, and other solid-state, and I've always been glad I did. 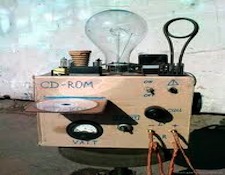 I know that many or possibly even most audiophiles, hoping to preserve their precious (and pricey) tubes for as long a useful life as possible, turn their System on only when they actually intend to listen to it, and then turn it off when they're done. My advice to you, if you're one of those people, is to simply LEAVE IT ON. It's not the hours of operation, but thermal cycling that shortens tube life and, at today's tube prices - especially for output tubes - it will save you money.

Not only that, but your System will sound better, too! All electronics, whether tube or solid state, sound better when they're fully warmed-up and have reached their point of thermal stability. And it's not just the output devices, either: Capacitors and even resistors need time to fully "form" and function at their very best, and all too many audiophiles, intending to be frugal, wind up listening to their System and turning it off again long before it ever reaches its optimum level of performance. This is particularly true for owners of Rowland and other cold-blooded gear, which can take as long as several days turned-on before it reaches peak performance.

Even if you're running Class A electronics, which draw full power out of the wall at all times and can be viciously expensive to keep running, there may be an option: Often such gear, either tube or solid-state, will offer an "idle" or "standby" position on its power switch that will allow you to keep it running and warm while still being able to afford to feed your family. If it's got it use it.

Whatever your System is, though, at least try leaving it on for a few days. My guess is that you'll find that it sounds better, and you may never turn it off again.