Two and One Half Reasons I Love Subwoofers 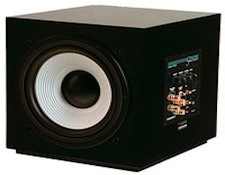 The first reason should be obvious - nothing goes BOOM better than a subwoofer.

Sure, there are full-range planar speakers, such as the fabled SoundLabs A-3 (with the optional solid wood wings) that could produce substantial energy at 30 Hz and even generate a little something around 16 Hz during the Frank Symphony in D minor. But you better have a big room. I borrowed J. Gordon Holt's SoundLab A-3 speakers for almost six months between a pair of Original Apogee Full Ranges and Dunlavy SC-VI speakers. Those SoundLab A-3 speakers with the optional wings were a physical "wall of sound" that needed at least twelve feet of lateral space merely to line up all six panels! Add in some room for a couple of power amplifiers plopped in the middle and you've got a system that needs a space with at least twenty feet of lateral expanse. At the time I had that. 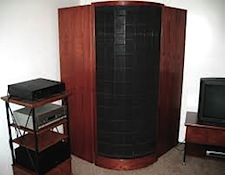 But I digress. Subwoofers can do bass in a far less physically obtrusive manner than a full-range speaker can. You can even use multiple mono subwoofers placed strategically in your listening room to even out the bass room nodes, as I do in the room with my Dunlavy system. Even though the Dunlavy SC-VI speaker has a measured response down to 25 Hz (due in part to two 15" drivers), I prefer to cross over into two (or more) Genesis G-928 and Snell subwoofers at 55 Hz.

I like mid-power (100 to 150 watts per channel) as opposed to high power (250 to 500 watts per channel), power amplifiers because they cost less and usually deliver the same or sometimes even better sonics than their beefier big brothers. They are also, generally, much easier to carry around.