How to Get Better Bass Part 5

In previous parts of this continuing series, I've written about why--even if our woofers are actually making great bass - we might not hear it; how that might come about (waves from the front of the driver cone being canceled-out by out-of-phase waves from the back); and how those waves can be kept separated (a huge board, a sealed box for the back wave, venting the back wave to someplace else, or just absorbing it out of existence).  I also wrote about some of the ways in which the back waves don't need to be canceled-out at all but can be used to help a speaker system make louder, deeper, or more efficient (more wallop per Watt of amplifier power) bass.

One of those ways is the bass-reflex speaker enclosure - basically just a largish box (smaller than a board or "infinite baffle" enclosure would have to be, but still big enough that it won't, itself, affect the movement of the driver) with a hole in it to allow its enclosed volume of air to act as a Helmholtz resonator and create a a soundwave  out of the hole that's in phase with the front wave from the driver and that will extend or boost the driver's audible bass response. Besides just a simple hole in the box, all sorts of bass-reflex variations are also possible  -- multiple holes, an added tube to extend the air column within the hole (the "port") and provide a secondary resonance to help avoid "one-note bass", distributed ports, including ports stuffed with tubes of different lengths to achieve different resonant frequencies; and even "resistive" ports, which, to the casual observer, might seem to be obvious relatives of the bass-reflex enclosure, but are actually closer in function and performance to transmission lines.

I promised, last time, to write about resistive port enclosures in this installment, and I will. But first I want to properly "set the stage" for how they work and why they may represent an improvement over some other forms of enclosure. 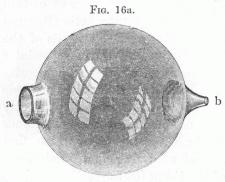 The first thing to understand is that ALL of the types of speaker enclosure that I've mentioned thus far are resistive in one way or another and to some degree or another, so the term "resistive port" needs some further definition. Both the big-board and closed-box type of "infinite baffle" enclosure are absolutely resistive in that they absolutely separate the front and back waves coming off the driver and thus absolutely resist their ever coming together and canceling each other out. So does simply "losing" the back wave to another room or to the outdoors. The various types of bass-reflex enclosures also keep the waves apart, but don't seem to: Instead, what they do is to surround the back wave off the driver with one or more volumes of air (in the box, in the port tube or tubes, or both) and use that back wave and either, or, or a mixture of, acoustic and mass resistance (as with, for example a passive radiator) to stimulate Helmholtz resonances at one or more frequencies, which then create new outgoing  pressure waves in phase with the front wave to produce louder or deeper bass.

Two other types of enclosure that should be mentioned before any real understanding of a "resistive port" enclosure is possible are the "acoustic suspension"-type that I've already mentioned a couple times without actually naming it, and the "transmission line" -type, which has been mentioned by name in this and earlier articles. 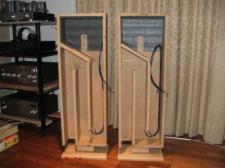 Remember all those times (including just above) that I've written of the need for a closed box to be large enough so that it doesn't affect the motion of the diaphragm? Well, an "acoustic suspension system" is one that uses a purposely-too-small enclosure to make bass far deeper than its size would normally indicate.

In a "normal" woofer or "full-range" driver, the diaphragm (almost always a cone) is suspended at its small end (where the voice coil is) by a concentrically corrugated ("accordion-pleated") structure called a "spider", whose purpose is both to keep the coil centered in the magnet structure and to allow for back-and-forth movement of the diaphragm. It's also suspended at its big end by another, often concentrically corrugated (but also often simply half-round in cross-section) structure called the "surround", which centers it and both allows for and limits its travel. Using that "normal" driver in a too-small box would create, as the diaphragm moves forward and back, a pressure differential directly proportional to the ratio of the "displacement volume" of the cone (its area times the total distance moved) to the total volume of the sealed box. With a small enough box and a long "throw" (travel) driver, that pressure differential can be great enough to act like a resistive spring and hamper the movement of the diaphragm, create a (relatively) high-frequency system resonance, and substantially limit bass response.

Like so many other great inventions, what the acoustic suspension loudspeaker system did was to take that problem and turn it into a solution: In doing so, Edgar Villchur, its inventor, and those who followed him took advantage of the air trapped  in the enclosure and used it instead of the normal springiness of the spider and surround (which, in their specially-designed drivers, they specified to be almost "limp") to provide the return energy for the diaphragm. This reduced the overall system resonance and allowed for much deeper bass than had ever before been possible from a small enclosure.  It also offered a couple of important advantages over the bass-reflex enclosure: Bass transients were improved, both by eliminating the normal bass-reflex 360° time-lag and by reducing its, also normal, resonant "ring". An acoustic suspension system also rolled-off at a slower rate below its bottom resonant frequency than a bass reflex enclosure, which would typically drop like a rock in performance below that point. 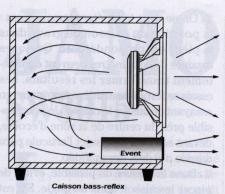 Where it fell behind the bass-reflex enclosure was in efficiency, typically producing less output per Watt of input than a comparable bass-reflex system.. It also was - if the box got too small subject to the same kind of pressure-induced effects that a normal driver would have been in a too small sealed enclosure.

That's where the "resistive port" or aperiodic enclosure comes in: Using devices from Dynaudio ("Variovents") or from Scan-Speak ("{Flow Resistance Vents"), which are essentially "acoustic resistors", these turn sealed box enclosures into "leaky box" enclosures, performing largely the same function as an acoustic suspension system, but with ordinary drivers.

That still leaves, even besides some other types not yet mentioned, the "transmission line" enclosure to be explained. Because there are actually two different kinds of enclosures to which that name has been applied, and because I'm out of space for now, I'll have to get to them next time.