Could Sir Isaac Have Been Wrong?

Do you know why speakers have spike mounts instead of more "furniture-style" feet? And do you know why you want to use them? While developed primarily for use on carpeted floors, Many audiophiles even use spikes on hardwood floors that might be damaged if not protected from the spikes. 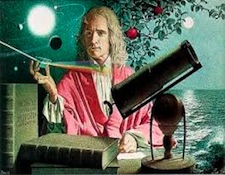 It all has to do with Newton's Third Law of Motion: "For every action there is an equal and opposite reaction". What this translates to, as applied to speakers, is that  the force that tries to move the cone of your speaker forward is balanced exactly by an equal force trying to move the rest of the speaker system backwards.

The forces in both directions - forward and backward - are identical, and their effects are identical too: Meaning that an identical amount of what physicists call "work" will be accomplished, and [WARNING: the following has been grossly simplified for ease of comprehension] equal amounts of mass will have been (potentially) moved equal amounts of distance in the process. 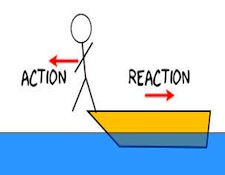 The "at least theoretically" has been added because, although the TENDENCY to move to the stated degree will always be exactly as stated, the actual movement may, (as is the purpose of those spikes on your speakers), be something less.

Now, to the speakers: If -- using example numbers chosen to be easy and indicative, if not necessarily actual for any particular speaker system - we assume that the cone of our speaker's driver (the "moving element" - the part of our speaker that will move to make our music) weighs 1 ounce (28.375 grams) and that the rest of the speaker system (the "non-moving" element - the non-moving parts of the speaker's driver, plus the crossover, plus the enclosure, etc.) weighs 200 ounces (12.5 pounds or 5.675 kilos), Newton's Third Law tells us that the driving signal from the amplifier will produce equal mass-distance of (or at least tendency to) movement from the "moving" and "non-moving" elements of our speaker system, and, if we use the cone as our base for calculation, the cone will move 200 units of mass-distance and the rest of the speaker system will move just 1 unit. Or, using the rest of the system instead of the cone as the base for calculation, the cone will (have a tendency to) move 1/200th of one unit and the rest will (try to) move 1 full unit of mass-distance. Whichever way you calculate it doesn't really matter; the only thing that's important is that the RATIOS of (tendency toward) movement are always identical.

So now that that has all has been set out, the question is: What difference does it make? So what if a big movement of the cone in one direction is accompanied by a small movement of everything else in the opposite direction? Especially if the "big" movement is (at the most) just a few millimeters and the small movement is, as in the example, just 1/200th of that?