Loss For Words: Is CD Quality Lossless or Lossy?

In the world of audiophiles, most of us know about this stuff I am about to discuss. But there are more mainstream folks out there in the universe appropriating some audio terminology that may be misleading to unknowing consumers. 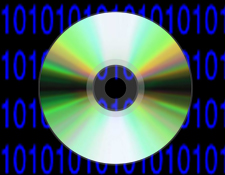 You see... lately I have been seeing some language popping up around the Interwebs that has me a little, well, at a loss (bad pun to come, intended). Some entities have been referring to new CDs (reissues especially) as "lossless." Now, when it comes to ripping CDs to MP3 format, yes, the original CD files would be perhaps considered relatively lossless since MP3 is such an inherently lossy format, comparatively.

It might be argued that the CD itself, if used in a manner beyond its original scope, could in effect become a platform for lossy-ness. Delivering music at 16-bit resolution at a frequency of 44.1 kHz -- according to the so-called "redbook" compact disc standards -- a compact disc of a recording could be considered "lossless" if indeed the original recordings on it were in fact recorded at those same rates (ie. 16/44.1).  However, if you have a modern recording that was made at anything above 16/44 -- and many are these days, recorded in 24-bits at frequencies ranging from 48 to 96 kHz for popular and rock recordings up to 192 and more for classical and jazz, well, then the CD version would thus in effect be lossy. 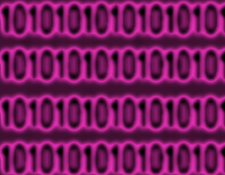 It gets more complex still to consider an analog recording that has been transferred to a digital format, as even that will have lost some information by the time it gets pared down to CD size.  From what I've seen, most engineers these days seem to transfer analog recordings to digital at resolutions beginning at a minimum of 24/96 to capture as much data as possible.  So thus when the digital download and CD versions are made of that digitally converted analog recording, some information inevitably gets lost.  Thus.... in creating the CD version -- or a CD-quality download or stream -- it becomes a lossy process.

Am I splitting digital hairs here by bringing up this tired old discussion? I think not... here's why...

In these days of fake news and misinformation campaigns it behooves us all -- yes, behooves ! -- to be as accurate as possible with the information we are sharing around. This is especially true in the world of music and consumer electronics, where -- frankly -- many consumers have been burned by misleading claims, format wars of many flavors and general confusion caused by the competitive process. 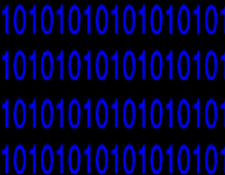 By labeling a CD that might technically be "lossy" as "lossless," artists and labels potentially do disservice to consumers, contributing to the confusion which will ultimately come back to haunt them. This sort of thing becomes a problem when said entities return to someday offer a genuinely "high resolution," genuinely lossless version of the recording to sell, a recording which sounds significantly better than what they formerly touted as a pinnacle. That is when consumers get annoyed, justifiably feeling they have been misled.

There is an ugly legacy across many industries of shallow hype and unfulfilled promises. Isn't about time we all start doing things a bit better?

So, what do I aim to accomplish with this missive, especially as I am not calling out any offenders by name (and please don't ask me to as I can't remember exactly who said what, when and where... that is not the point of this)?  No, with this I am hoping to remind the powers that be out there in the land of music marketing that some of us are paying attention to these details and in fact care about how our music sounds. Those of us who care urge those that can to take appropriate steps to preserve the integrity and quality of the artists and their music. Analog-to-digital transfers need to be handled with care by engineers with sensitivity and knowledge to do justice to the music.  And then, ideally, the music should be presented in a more lossless format. 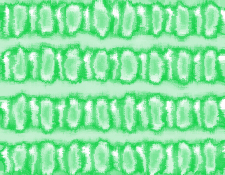 Some analog purists might feel that all digital recordings are bad but I am not necessarily one of those naysayers as I have heard numerous digitally derived recordings which sound superb. I'm not anti-digital, as long as the original recordings are done at a high enough resolution and produced with sensitivity to the music (I've heard some wonderful and even amazing recordings made at 24/48!).  At minimum, I am simply hoping to spur more of you, Dear Readers, to take note of and consider what you buy it or stream. Was it a high resolution analog or digital recording originally?  Is the disc you are playing a CD or a DVD or a Blu-ray (the latter offering significantly more opportunity for higher resolution audio than a compact disc or even a standard DVD)?  Is that stream you are listening to at "CD quality" a fair representation of the music or is it compromised somehow, delivering odd audio anomalies along with the music which might well get in the way of your enjoyment of it ( I know I have had that experience on a variety of formats!)?  Might some higher resolution offering such as the MQA format or perhaps a Blu-ray Disc in DTS HD Master Audio or Dolby TrueHD (or even an SACD for that matter) deliver a more accurate presentation of the music?