Why Dennis Was Right

One of the more difficult things to do in audio system set up is mounting a cartridge on a tonearm. It is quite common to make an adjustment on one thing only to find that it changed something previously set. Now that "this" is right you start working on "that." In setting the "that" you realize you threw the "this" out of kilter. Such is the frustration of mounting a cartridge. 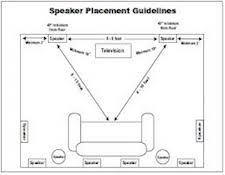 Probably second in frustration level to mounting a cartridge is speaker placement. With guidelines like the "Golden Triangle" and "The Rule of Thirds," as well as standing waves, slap echo, toe in, rake angle and all the rest, it is no wonder so much has been written on speaker placement. More frustrating still, all of this does not, and cannot take the room where the speakers are placed into any consideration because all rooms are different.

When I read the excellent November 19 article by Dennis Foley titled "6 'Do's' When Setting Up Your Hi FI System," I did so with only casual interest. My speakers were correctly placed and I had little expectation of any real improvements in things like soundstage and imaging.

Reading the article and watching the accompanying video piqued my curiosity, however. So the second time I read and watched, I decided I'd just check things out for myself and verify what I already knew -- my placement was spot-on.

Just as Mr. Foley mentions in his video, immediately to the left of my system I have the "luxury" of 10 feet of glass doors leading to the patio. Just like one of the respondents, I like to look out into the backyard during listening sessions. That I am supposed to close the blinds to improve sonics is anathema to my preferred listening habits. Yes, I know that covering the glass yields improvements; I've always just chosen to ignore doing so. 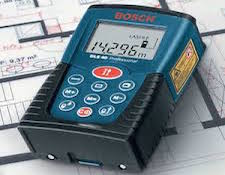 Still certain in my speaker placement, I got out the blue painter's tape (it doesn't hurt walls, floors and furniture), the tape measure, and perhaps the most indispensible tool of all, the laser measuring device. Using a laser allows extremely accurate measurement of two and sometimes three decimal places. I use one made by Bosch.

I decided to follow Dennis's suggestions and (reluctantly) closed the blinds in front of the glass doors. Using the laser, the right speaker measured 3.53 feet from the right wall and the left was 3.97 feet from the blinds. Hmmm, now that is a bit troubling.

Of course I know full well how things got that way. I moved the speakers, naturally!  I did so because at some point while listening I was not quite happy with what I was hearing. I obviously moved one or the other speaker "just a bit" to correct the problem. Perhaps I was overzealous in my efforts.

For a few minutes I just stood there wondering what to do. I really liked the soundstage and imaging I currently had. I already had pinpoint imaging, sounds beyond both speakers and as good a 3D effect as reasonably expected given my room and where I can put the speakers. I didn't know what to do.

I finally decided "Why not?" and set about making all the measurements line up as Dennis described in his video. Now here is where the frustration comes into play because moving 130-pound speakers to an accuracy of two decimal places in multiple directions at the same time takes patience. When finished, I sat down to listen.

If you have ever watched a cooking show, when the chef finishes the dish, a sample is then tasted. Usually the chef will close his (or her) eyes, roll back his head and let out a long "ummmm..." That tells you, despite not actually tasting it yourself, that it was really good. That is as close as I can realistically describe in written form what I heard. Except my reaction was more of a "wow!" 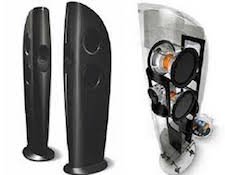 As good as the imaging was before, it was now remarkably better. My KEF Blade speakers tend to be very precise in imaging anyway, but this took them to a whole new level. My biggest surprise came from the increased 3D effect I discovered. All in all my listening enjoyment didn't just ratchet up a notch or or two but a whole bunch of notches.

I would like to thank Dennis Foley for his article and video and for giving me what I hope is my final speaker placement in my current residence. My one and only lingering issue is trying to convince myself to close those infernal blinds.